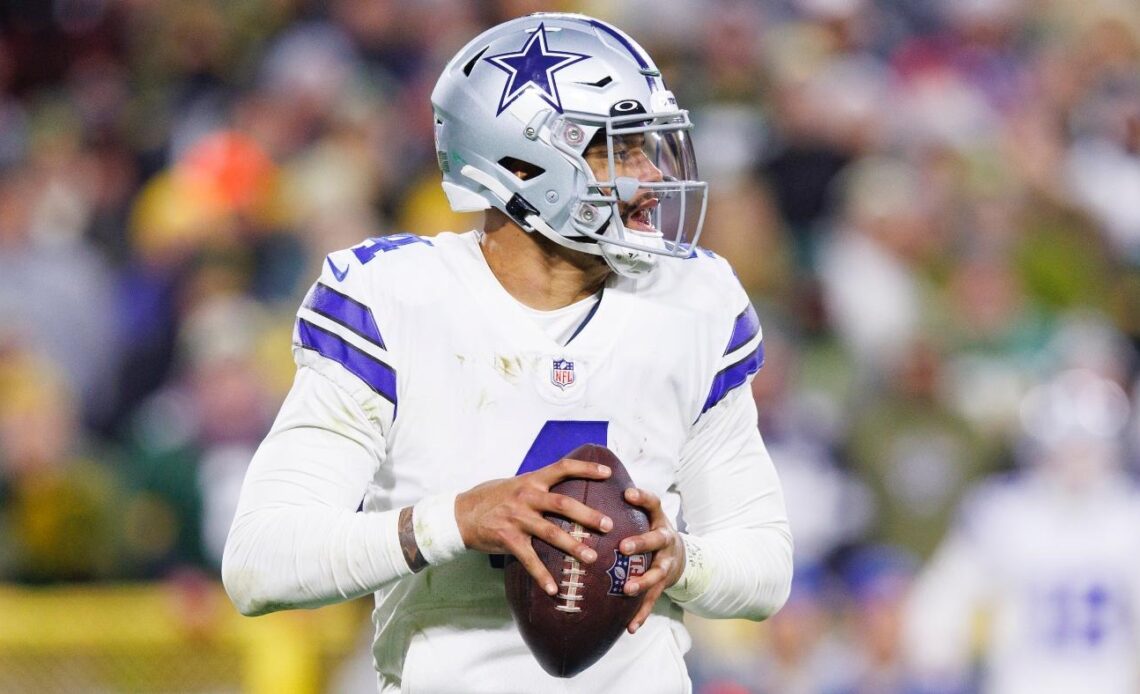 Thanksgiving Day is notorious for gluttony, and the NFL is doing its part to satisfy your appetite again this year with three games on Thursday’s 2022 Thanksgiving Day NFL schedule. The holiday begins with the Detroit Lions (4-6) hosting the Buffalo Bills (7-3) at 12:30 p.m. ET and continues with the New York Giants (7-3) visiting the NFC East-rival Dallas Cowboys (7-3) at 4:30 p.m. ET. The final game on the slate pits the New England Patriots (6-4) against the host Minnesota Vikings (8-2) at 8:20 p.m. ET.

The model also ranked in the top 10 on NFLPickWatch four of the past six years on straight-up NFL picks and beat more than 94% of CBS Sports Football Pick’em players four ties during that span. Anyone who has followed it is way up.

Now, the model has intensely examined the latest NFL odds and betting lines, and its picks and predictions are in. If you successfully parlay its picks, you’d be looking at a massive payout of almost 50-1. You can only see the model’s Thanksgiving Day NFL picks at SportsLine.

One key piece to the 2022 Thanksgiving Day NFL parlay: The model is backing Over 45.5 points in the Cowboys vs. Giants game. Dallas is seventh in the league in scoring with an average of 25.1 points and has surpassed that amount in its last three games. The Cowboys went over this total on their own against Chicago in Week 8, when they posted a 49-29 victory.

Dallas came close to the number again last week when it rolled to a 40-3 triumph at Minnesota. The last three meetings between the Cowboys and Giants in the Lone Star State have been high-scoring affairs, with the teams combining for at least 52 points. Last year, Dallas rolled past New York, 44-20 at home. See which other parlay…