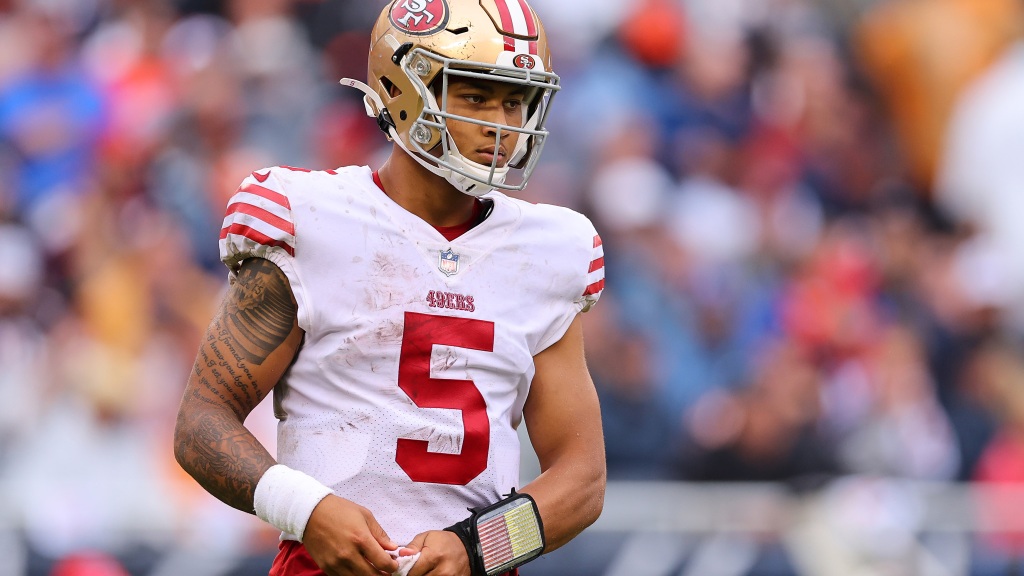 One of the noticeable presences on the 49ers’ sideline in Mexico City was second-year quarterback Trey Lance, who is out of a walking boot and back traveling with the club. While he’s back with the team, it doesn’t sound like he’ll be on the field any time soon.

Head coach Kyle Shanahan on Wednesday told reporters that walking around without a boot was as far as Lance has progressed in his rehab from a fractured fibula and ligament damage he sustained in Week 2 against the Seahawks.

“I don’t think he’s running,” Shanahan said. “I know he is out of the boot, walking around well. I’m not sure exactly where he is at in that, but he’s not going real hard at it yet.”

There was some question when the injury occurred as to whether it would be season-ending. Shanahan said that while Lance is on track with the recovery process, the expectation is for the 2021 No. 3 overall pick to still miss the entire year.

It would be good for the young QB if he was able to participate again this season, but even if he came back he wouldn’t retake his starting spot over Jimmy Garoppolo. For now it sounds like Brock Purdy will remain the backup and Lance’s return, as expected, will have to wait until 2023.