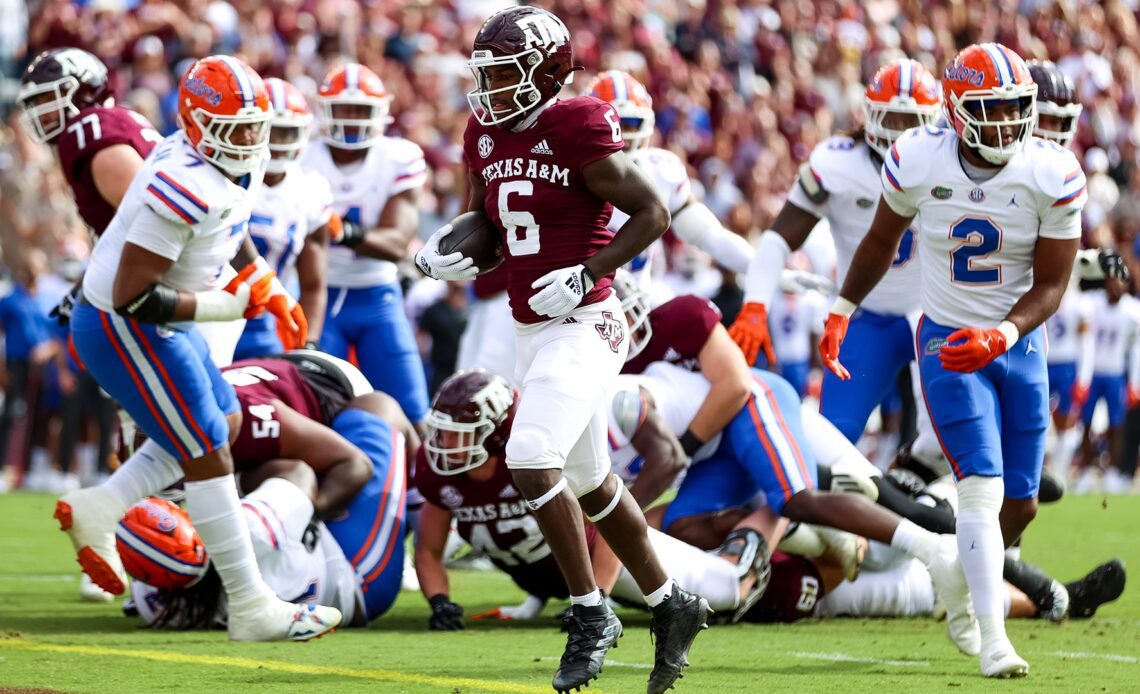 TYLER, Texas — Texas A&M’s Devon Achane was selected as a semifinalist for the Earl Campbell Tyler Rose Award, the organization announced Wednesday morning. Achane is one of the most versatile backs in the SEC and the country this season, ranking among the top 20 in rushing, punt return and all-purpose yards.

Achane’s 98.6 rushing yards per game are good for third in the SEC, while also ranking 20th nationally. His 10 trips to the end zone this season rank eighth among SEC scorers and he stands as the only player in the country to have scored as a rusher, receiver and returner this year. The Missouri City, Texas, native ranks fifth nationally and leads the SEC, averaging 155.0 all-purpose yards per game. His 3,328 career AP yards currently sit in 16th on A&M’s all-time list. Achane has registered four 100-yard games on the ground this season and a pair of multi-touchdown games, including a career-best three-touchdown performance against Florida.

The Earl Campbell Tyler Rose Award, announced in 2012 by the Tyler Chamber and SPORTyler, recognizes the top offensive player in Division I football who also exhibits the enduring characteristics that define Earl Campbell: integrity, performance, teamwork, sportsmanship, drive, community, and tenacity; specifically tenacity to persist and determination to overcome adversity and injury in pursuit of reaching goals. In addition, the nominee must meet one or more of the following criteria: born in Texas and/or graduated from a Texas High School and/or played at a Texas-based junior college or four-year Division I Texas college.

Finalists will be selected from this group and announced on Dec. 13, 2022. The winner will be announced at an award banquet in Tyler, Texas on Jan. 11, 2023.

Achane and the Aggies will close out the regular season Saturday, hosting No. 6 LSU. The game is set to kick at 6 p.m. and will air on ESPN.