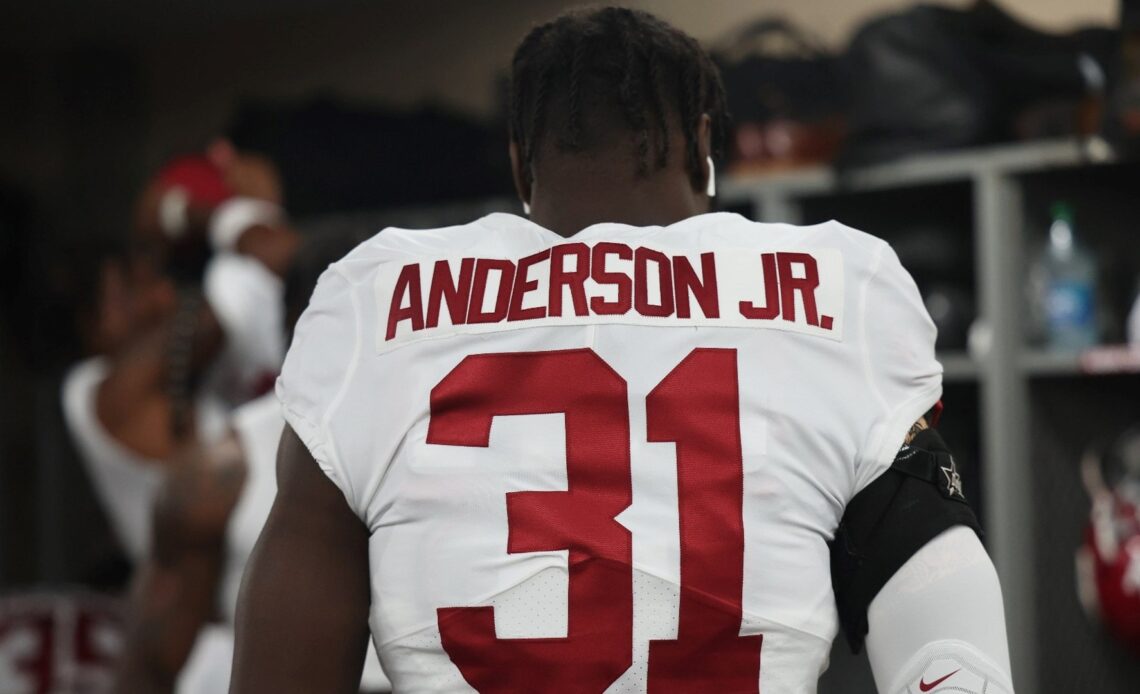 TUSCALOOSA, Ala. – Alabama’s Will Anderson Jr. was named a finalist for the Lott IMPACT Trophy, the Pacific Club IMPACT Foundation announced on Wednesday morning.

The linebacker is joined by Felix Anudike-Uzomah (Kansas State), Tommy Eichenberg (Ohio State) and Tuli Tuipulotu (USC) to make up the list of four finalists for this year’s award. DeMeco Ryans was selected as the Lott’s 2005 honoree and is the only Alabama player to earn the accolade in program history.

The Lott IMPACT Trophy, which has been presented each of the last 18 years, goes to the student-athlete who best exhibits the characteristics of Ronnie Lott by making an IMPACT on and off the field. The acronym IMPACT stands for Integrity, Maturity, Performance, Academics, Community and Tenacity. The group of finalists for are now invited to attend the annual awards show on Dec. 11 with the winner being announced at the event.