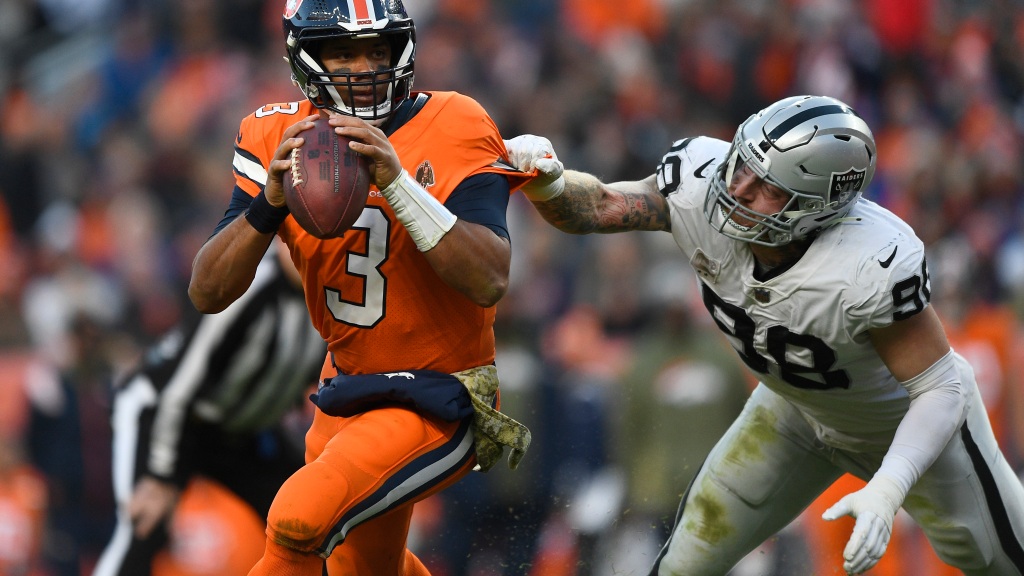 It was a nail-biter for these two teams trying to fight their way out of the ranks of the worst teams in the NFL. It was also a field goal festival as neither team does well in putting the ball in the end zone.

The game went back and forth all game with regulation ending with a 16-16 tie. Then the Raiders got the ball first and ended it in three plays.

It was the offense that won the game in overtime. But it was Crosby who got this game to OT in the first place. As the game went on, it was clear Russell Wilson was downright terrified of Crosby every time he got near him. And you can’t blame him, honestly.

With the Broncos up 10-7 approaching halftime, they lined up in third and one from inside the five-yard-line. Melvin Gordon took the handoff and looked like he would pick it up, but Crosby punched the ball out. The Broncos recovered, thinking they could at least get a field goal out of it. Crosby had other plans. He blocked the field goal try and in two plays turned a long Broncos drive into zero points.

He then ended three consecutive Broncos drives in the third quarter with two sacks and a pressure to force an incompletion. He would end another Broncos drive in the fourth quarter and they settled for a field goal to take a 16-13 lead. Holding them to three turned out to be the answer as the Raiders tied it up at the end and won it in OT.

It was Adams’s savvy route running that sealed the Broncos’ fate. He had noted the way Patrick Surtain was covering him and made it look like he was running an over route only to run a corner route. Surtain sold out for the over, leaving Adams wide open for an *easy* 35-yard walk-off touchdown.

Adams scored both the Raiders’ touchdowns in the game. The first one came in the second quarter from 31 yards out. This after making a 23-yard catch to start out the drive. In total, he had seven catches for 141 yards and two touchdowns.

One of his more heads-up plays wasn’t a catch at all. Early in the fourth quarter with the Raiders down 13-10, Carr stared him down, causing the pass to be batted at the line and Adams turned defender to slap the ball down to keep it from being intercepted. That allowed for Daniel Carlson to come out and hit a 57-yard field goal to tie it.

Perryman was definitely back. His presence is noticeable on this defense and he was feeling good too.

The defense started to pick things up in the second half. It started with Perryman…