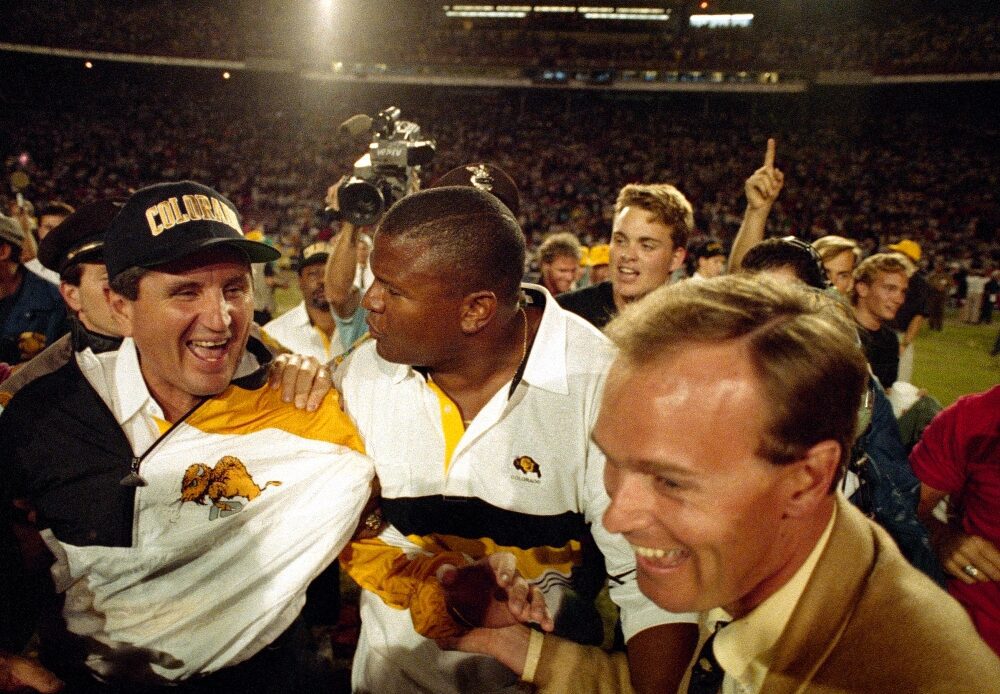 Saturday’s season finale against Utah will mark the 300th game that Darian Hagan has been a part of at Colorado.

The Buffs’ 1990 national championship winning quarterback had 49 games as a player (1988-91), 35 as the Alumni C Club Director, 62 as a football staff member and this week will mark his 154th as an assistant coach (2005-10, 2016-present). Per CU Sports information, only eight other known people have played/worked in some capactity for at least 300 games.

Hagan was an integral part of Colorado’s golden era and there’s a strong argument to make that he deserves a spot in the College Football Hall of Fame.

With athletic director Rick George expected to name a head coach soon, it’s unknown if Hagan will be retained on the new staff. He has, however, stayed on through a pair of head coaching changes in the past six years.