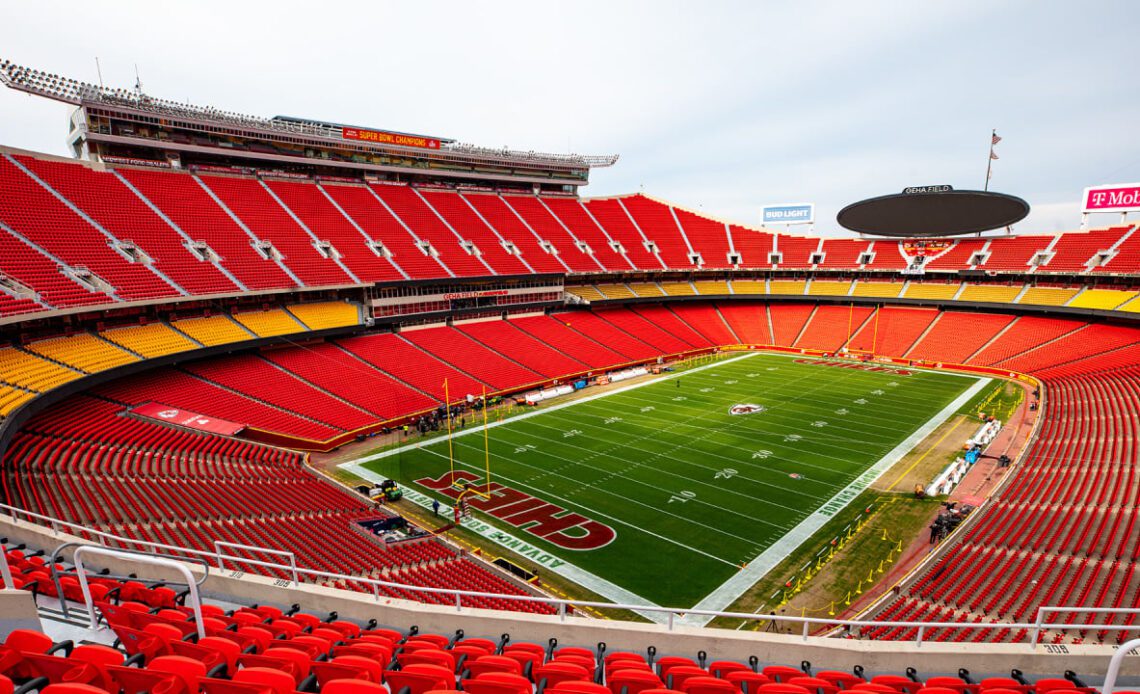 Fans who are unable to attend Sunday’s game can tune in to WDAF-FM (106.5 The Wolf), the Home of the Chiefs Radio Network, as “Voice of the Chiefs” Mitch Holthus, former Chiefs WR Danan Hughes and sideline reporter Josh Klingler call the action. Tico Sports will produce a Spanish-language broadcast on KPRS Hot 103 Jamz HD2 (103.3.2 FM) and on KSSA La Ke Buena (105.9 FM) featuring Enrique Morales, Oscar Monterroso and sideline reporter Hannah Bassham. Both radio broadcasts are also available to stream on the Chiefs Mobile app within a 50-mile radius of the Kansas City metro area. Sunday afternoon’s national game will be broadcast on FOX (WDAF locally) where play-by-play announcer Kevin Burkhardt, analyst Greg Olsen, and sideline reporter Erin Andrews will deliver the call.

All GEHA Field at Arrowhead Stadium gates will open at 1:30 p.m. for the 3:25 p.m. kickoff. Gates for guests with tickets on the CommunityAmerica Club Level will open at 1 p.m. Guests are reminded to access their mobile tickets and parking passes in advance of the event and add them to their mobile wallet for expedited entry.

The Ford Tailgate District, located in Lot M on the north side of the stadium closest to Lancer Lane, is a free space for all fans to enjoy drink specials, food trucks, tailgating games and live entertainment leading up to kickoff. The Ford Tailgate District will open at 11:30 a.m. on Sunday and will feature performances by DJ Lazer and Travis Marvin.

The Chiefs introduced the GEHA Deck in 2019 as the home for two gameday traditions – the Drum Honoree and the Tony DiPardo Spirit Leader. Chief Gary Batton, Chief of the Choctaw Tribe, will serve as this week’s Drum Honoree while Patti DiPardo Livergood, Chiefs cheer alumna and the daughter of Tony DiPardo, will serve as the DiPardo Spirit Leader.