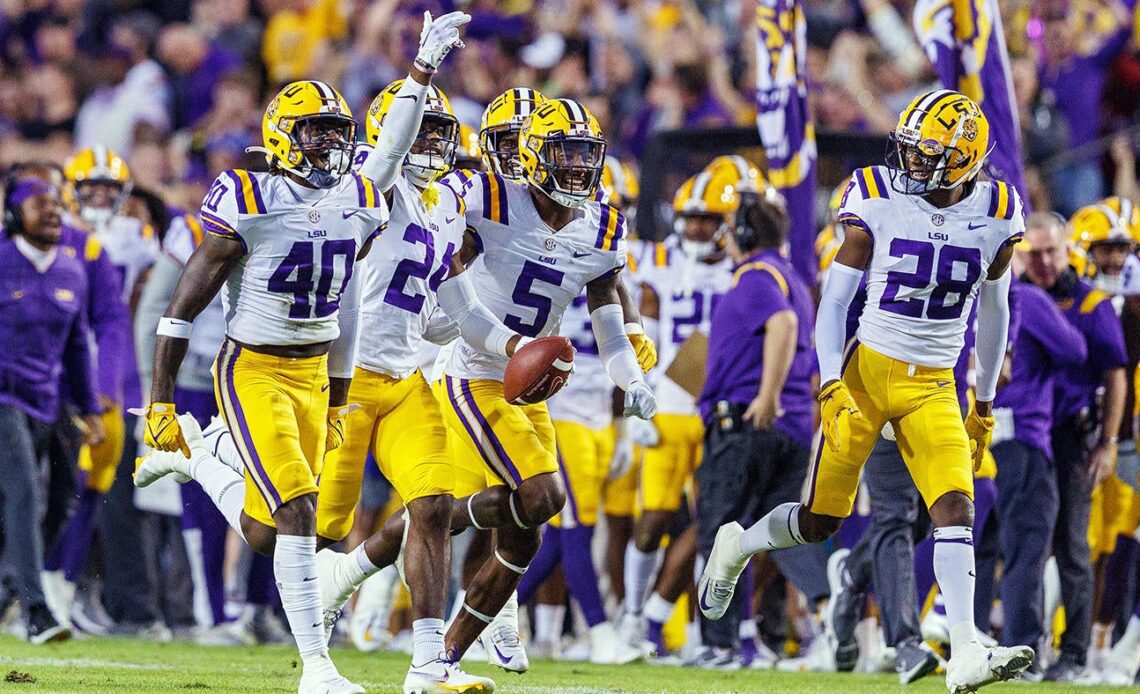 We are down to a Magnificent Seven: The seven teams with a realistic chance of advancing to the ninth College Football Playoff. The group is made up of the four remaining unbeatens, the only two one-loss teams left … and LSU. These seven also include the reigning national champions, a program aiming to make its second straight CFP after missing the first seven entirely, another hoping to become the lowest-ranked team at this time to ever join the playoff, and yet another aiming to become the first two-loss team to ever advance into the four-team field.

Who the list does not include is Alabama, out of playoff competition for the second time in the history of the CFP. We also know that the CFP Selection Committee may have an extraordinarily tough time if it must decided between champions of the ACC, Big 12 and Pac-12 should all emerge with one loss.

Tennessee was the major casualty from Week 12. Its second loss by such an embarrassing margin to such an inferior opponent (rankings-wise) that the Volunteers got eliminated from playoff contention. South Carolina was a 24-point underdog at home, then won by 25. That’s a 49-point differential between perception and reality.

An expanded playoff is going to be a blast whenever it is put into action. If there are seven teams alive at this point in the season for four spots, that extrapolates to 20 teams being in the running for 12 spots when the playoff is expanded. For comparison purposes, at this time last year, there were also eight teams in the running.

No. 1 Georgia (11-0): The only lock unless it loses twice. The Bulldogs can seemingly “afford” a loss to Georgia Tech or LSU and still remain in the top four. That’s how dominant their season has been. Almost quietly, the Dawgs have won a nation-leading 13 in a row. Stetson Bennett is better at quarterback. Defensive lineman Jalen Carter is a massive force in the middle after missing significant time with an injury. We now must consider a potential all-time run by the Dawgs. There is only one team that has won back-to-back national championships since Nebraska won three out of four in the mid-1990s. That was Alabama in 2011-12. Georgia would be only the second in the last 27 years. Even now, that possibility is not being talked about enough. The Bama dynasty is not over. but the road to any championship for the time being runs through…