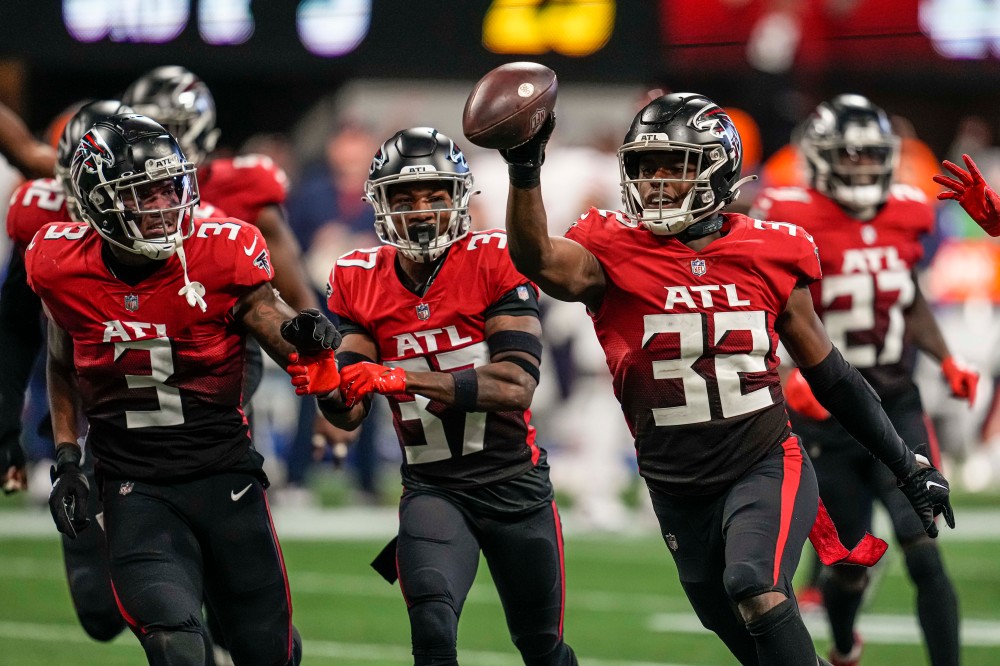 On Sunday, Falcons running back Cordarrelle Patterson returned his NFL-record ninth career kickoff for a touchdown, and on Wednesday, he was named NFC Special Teams Player of the Week.

Patterson finished with 10 carries for 52 yards against the Bears in Week 11. After losing a fumble in the third quarter, he bounced back with a 103-yard kickoff return to narrow Chicago’s lead to three in the second quarter.

For the year, Patterson has 86 carries for 454 rushing yards and five touchdowns. The 31-year-old continues to be the driving force behind this Falcons team.

Back in Week 3, Patterson won NFC Offensive Player of the Week by racking up 141 rushing yards on 17 carries. Sunday’s game was Patterson’s first kick return touchdown of the season, but he’s been making an impact each and every week since coming to Atlanta.


25 offensive prospects the Falcons could target in the 2023 draft