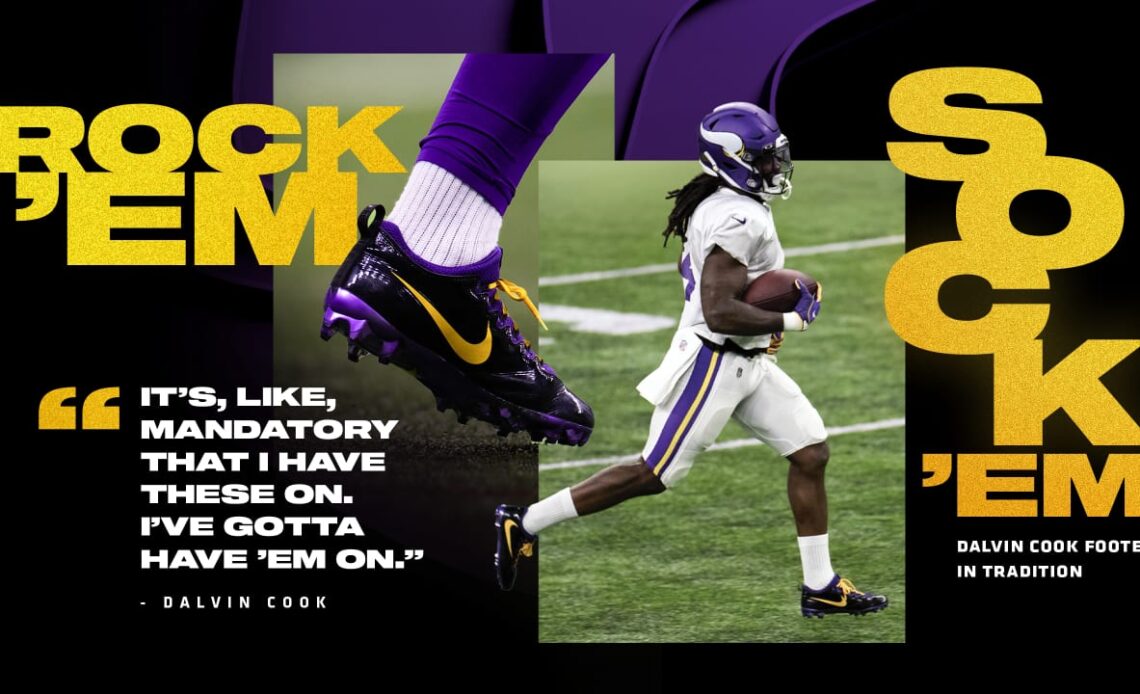 “Then the way I wear my socks [and] my tights – I pull a long sock that does not have a bottom to it, so it’s just the tube sock, over my shins … then I put my socks on, my regular socks, so it can feel more normal. That’s just the way I do it,” Cousins noted. “I wear a little shin guard in my left ankle under my sock, like a soccer player would, just because I’ve been kicked and cleated so many times in my lead leg, where I throw, that I thought, ‘You know, I’m just gonna put a shin guard there.’ So I’ve been wearing a shin guard there for about five or six years, and it’s worked really well in protecting me.

“The one thing is, once I find something that works, similar to Dalvin, I like to be consistent with it and not change,” Cousins added.

“I thought it was interesting how he has a system. I thought that was the coolest part … It’s pretty good,” said Thielen, who is quite particular about his gloves and cleats.

Asked if Cook could manage his own sock inventory, Thielen laughed.

“Oh no, no, no. No chance that he would be responsible enough,” he good-naturedly quipped of his teammate. “I just don’t think he would have the ability to – he’s not gonna keep them at his house, he doesn’t have enough room in his locker – but it’s good to have the equipment staff taking care of that.”