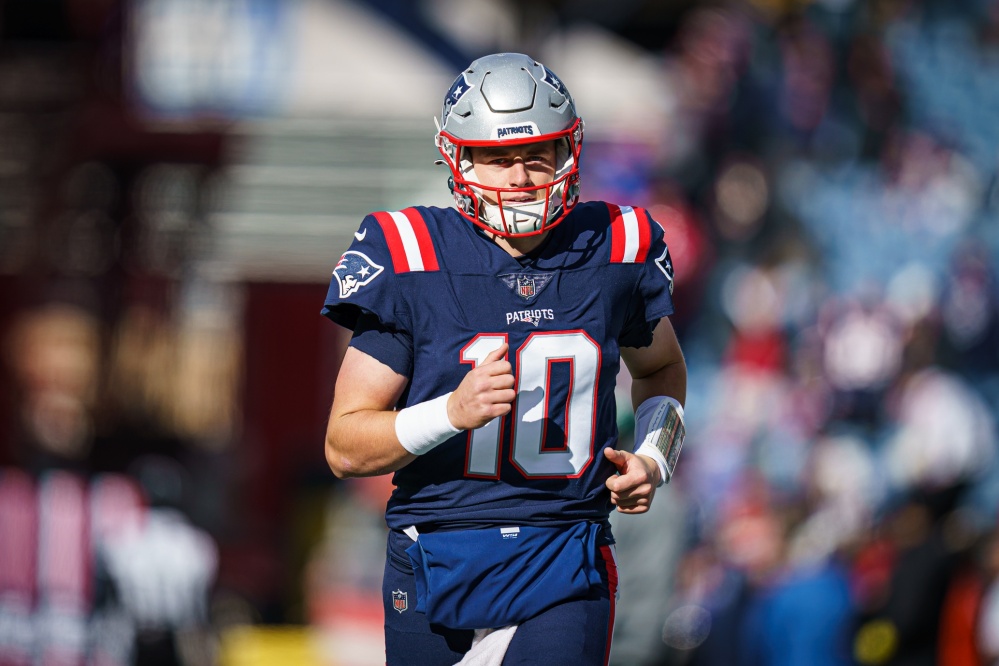 New England Patriots quarterback Mac Jones has had his fair share of struggles this season. It has not been an easy sophomore campaign, as injuries and inconsistent play have bogged him down.

Nevertheless, running back Damien Harris has his quarterback’s back.

Jones had a decent game on Sunday, going 23-of-27 on the afternoon for 246 passing yards, with no interceptions for the second game in a row. His timing has improved, as he continues to battle back from the high ankle sprain he suffered earlier in the season.

And yet, the Patriots offense still struggled to get things going on Sunday, as they only managed to put three points on the scoreboard with Jones and company on the field.

“I’ll let Mac speak on his process and how he handles what’s going on with his situation,” Harris said, via NESN’s Dakota Randall. “But what I can say is Mac is the ultimate leader. He’s an ultimate competitor and he’s an even better friend. I feel very fortunate to have shared the locker room with him twice now. And just watching him grow, watching him turn into a pro quarterback, it’s extra special to me just because that’s my best friend.

“But, you know, just watching his growth and seeing how he’s transitioned, and maturity, the competitiveness, the leadership that he’s gained throughout the years from when I met him when he was a freshman at Alabama, to him being in the second year as a starting quarterback in the NFL. So, I’m truly inspired by him, his story and watching him go out there and improve every single day. And, I’ll speak for myself, but I can say that our entire team feels very fortunate to have Mac as our quarterback.”

Harris has had struggles with injuries of his own.

The running back has tallied 367 rushing yards on the season, and he has also taken a backseat to second-year rusher Rhamondre Stevenson. The latter has assumed the starting role for the Patriots.

Jones will need to continue to progress each week, as the Patriots have a slew of high-quality opponents coming up on the schedule. Even with all of the uncertainty surrounding Jones this season, it’s clear that Harris is still in his corner.

Studs and Duds from Patriots’ 10-3 win vs. Jets