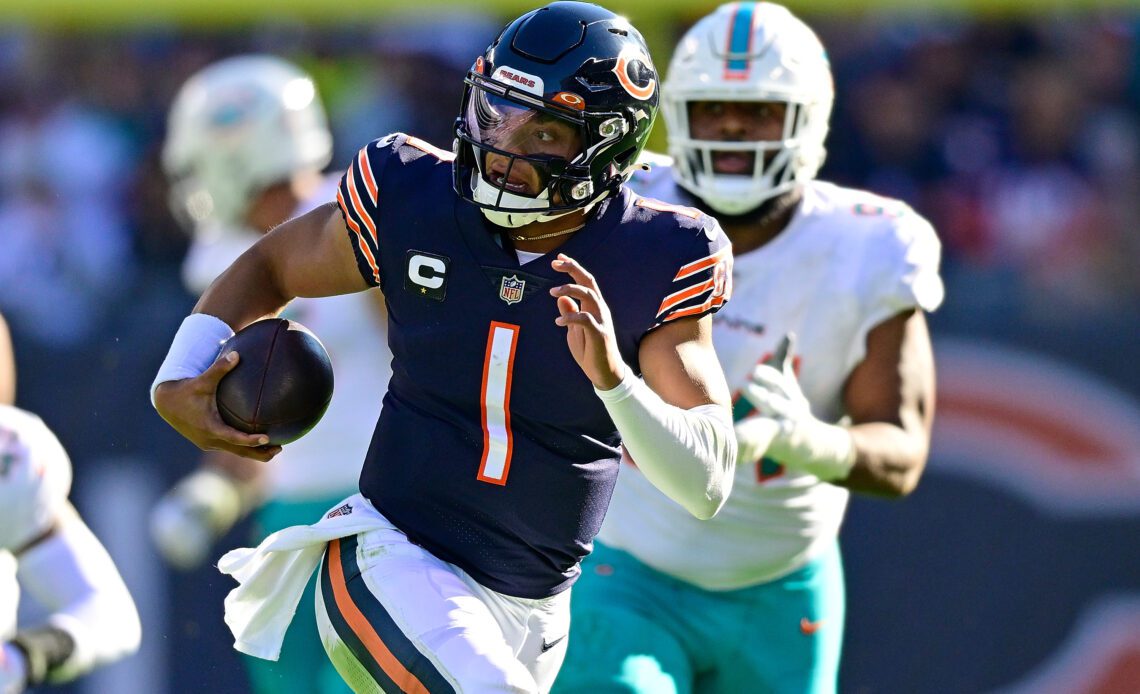 Heading into the 2021 NFL draft, few doubted that Clemson’s Trevor Lawrence should be the first quarterback off the board, and a lock to be the No. 1 overall pick to the Jacksonville Jaguars.

Things weren’t quite so clear for the New York Jets, but they should have been.

Justin Fields was coming off an strong season at Ohio State, and delivered an iconic performance in the College Football Playoff, racking up over 400 yards and tossing six touchdown passes against Clemson’s vaunted defense, doing most of that damage after sustaining a rib injury on a nasty hit in the first half.

With a rare combination of arm talent, athleticism and intangibles, Fields was the kind of prospect that in any other draft class, should have been the same kind of lock for the No. 1 pick that Lawrence was in 2021.

The Jets thought otherwise, though. Instead of taking Fields at No. 2 overall, they went with BYU’s Zach Wilson.

Heading into the homestretch of their second NFL seasons, Fields has already begun his ascent as one of the most dynamic playmakers in the league, while Wilson’s regression has been so bad that he just got benched for Mike White.

Fields has been putting up some otherworldly numbers in recent weeks, despite the lack of anything resembling an effective supporting cast around him. A porous offensive line, a lack of playmakers in the passing game, and a defense that traded away perhaps its two best players (Roquan Smith, Robert Quinn) have submarined the Bears’ season, despite Fields’ impressive play.

The opposite has been true for the Jets, who are still in the thick of the AFC playoff race despite Wilson’s erratic, sloppy play.

The last straw for the Jets came Sunday in a key road game against the division-rival New England Patriots. Despite the Jets defense holding the Pats to just three points, Wilson’s inability to generate anything for the offense eventually led to a 10-3 loss on a near-walkoff punt return for a touchdown in the final seconds.

After the game, Wilson asked if he felt like the offense’s play let their defense down.

“No,” he responded flatly.

Contrast that with Fields, who tried to apologize to his defense after Sunday’s loss to the Atlanta Falcons, but they weren’t having it (per SI’s Albert Breer):

My understanding is Fields’ defensive teammates stopped him as he was finishing the apology, told him they had his back. Really cool moment for everyone there, and a nice sign…