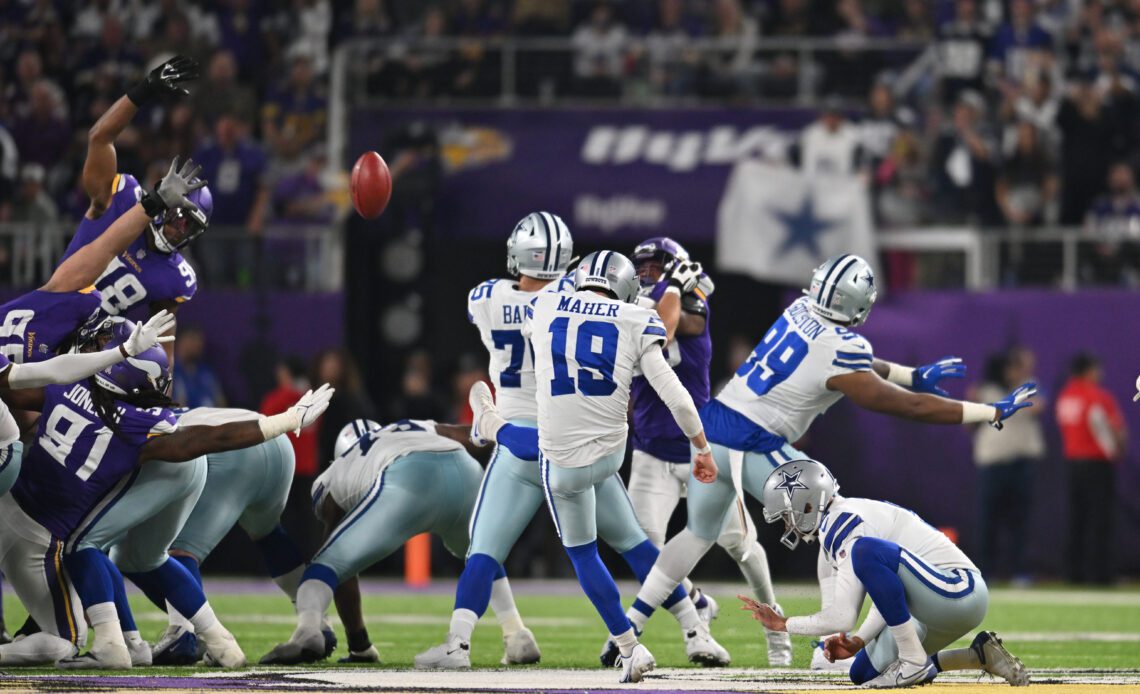 Fans of the Dallas Cowboys understand the importance of the kicker position for the wrong reasons during the Dak Prescott era as the quarterback. In 2018 and 2019 Brett Maher combined for a terrible 8-16 on field goal attempts from 40-49 yards. Dallas brought in Greg Zuerlein to upgrade the position and he was able to hit 19-22 on kicks between 40-49 yards. Unfortunately, the man known as “Greg the leg” had lost his long field goal accuracy, only hitting 5-14 on 50 yards or more.

Dallas decided to move on from Zuerlein and after some issues with the guys they had in camp, decided to bring back Maher for this season. At worst he could bring his powerful leg to the kickoff unit, and an ability to attempt longer field goals for the end of the half scenario or to tie or win a game in the final seconds.

This Maher was not the same as the guy as the one who left after the 2019 season. The big leg was still there, evidenced by not only his two hits on 60-yard attempts before half Sunday against the Vikings, but his 7-for-9 hit rate on kicks over 50 yards. The two kicks Maher missed were both from 59 yards. Maher has been perfect otherwise on field goals.

Greg Joseph has also been perfect kicking field goals if asked to do so under 50 yards. He is 13-13 on those attempts, but he hasn’t made a kick over 50 yards since Week 1. Joseph has attempted five kicks of 50 yards or more since the first game of the year and he couldn’t knock in a single one.

In the NFL, games that end up 40-3 are rare, and most games come down to one score. Division games can often be really tricky because the teams know one another so well. In Week 3, Dallas beat the Giants by seven points. This game could easily come down to the kickers and Maher’s ability to hit field goal attempts over 50 yards could be the key to Dallas winning a Thanksgiving game for the first time since 2018.