Matthew Stafford in concussion protocol, out vs. Chiefs 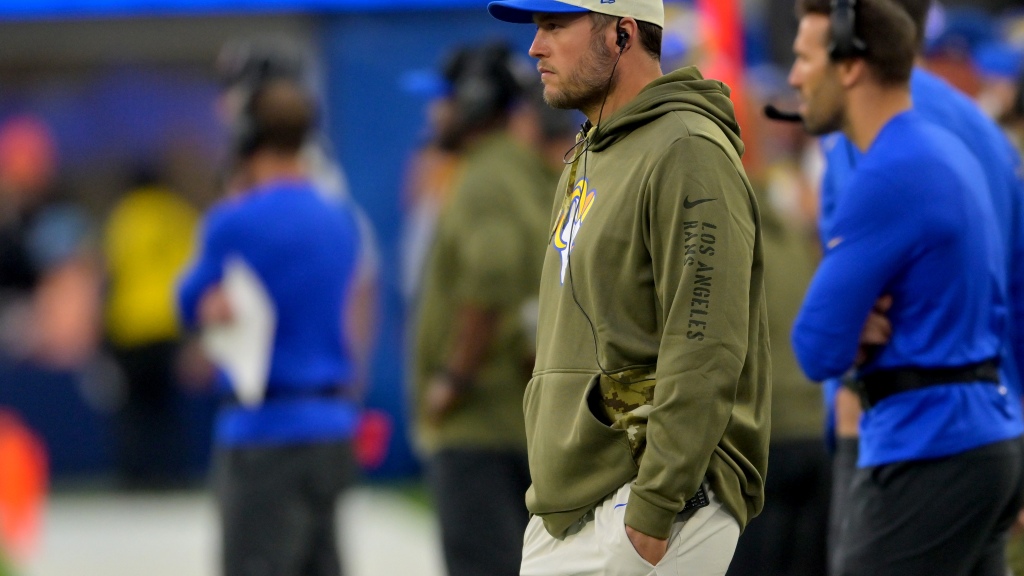 Matthew Stafford will not play against the Kansas City Chiefs on Sunday afternoon. Sean McVay told reporters Wednesday that Stafford is in the concussion protocol and is also dealing with a “neck issue,” so he won’t play for the Los Angeles Rams this weekend.

Stafford took a hit on a sack in the third quarter against the Saints and told McVay he felt some numbness in his legs, so the team opted to play it safe with its quarterback. Stafford was evaluated for a concussion earlier this week and talked to the medical staff, ultimately landing in the concussion protocol.

Moving forward, McVay said the team will take it week by week with Stafford and will put his health first.

John Wolford’s status is up in the air as he also deals with a neck strain, so Bryce Perkins will get the first-team reps at quarterback and is likely in line to start against the Chiefs.