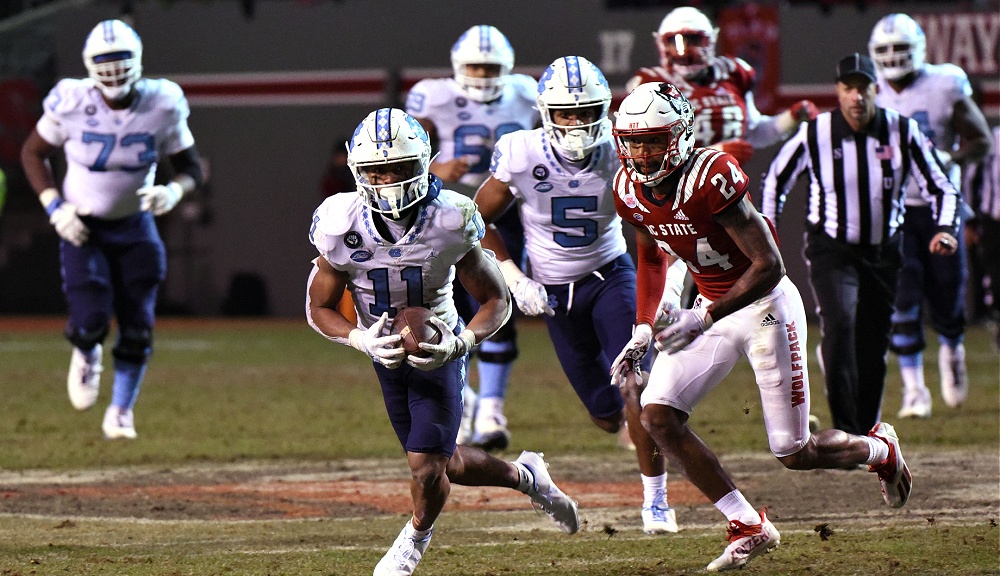 North Carolina vs NC State How To Watch

Why NC State Will Win

Even with all of the problems over the last two weeks with losses to Boston College and Louisville, the defense continues to be terrific against the run and the takeaways continue to come with ten in a four game stretch before the loss to Louisville.

The North Carolina defense continues to be absent in key moments. The pass rush isn’t there, there earned any tackles for loss, and the takeaways aren’t coming with just two games – wins over Florida A&M and Miami – with more than one forced mistake.

At the very least, the Wolfpack should be able to grind out the running game a bit because …

Why North Carolina Will Win

The NC State passing game has crashed after star QB Devin Leary was knocked out for the year.

MJ Morris was okay, but he struggled in the loss to Boston College. Ben Finley threw for over 200 yards against Louisville, but he failed to hit half of his passes.

There will be just enough of an offensive punch for the Wolfpack O to work against this mediocre North Carolina defense, but there won’t be enough production to keep up the pace.

The Tar Heels were off against Georgia Tech. Give the Yellow Jackets credit for rising up with a strong game, but there’s too much talent and too much pop to the North Carolina attack to be held down two games in a row. That’s why …

NC State will get a good day out of the defense, but it’s not going to be…