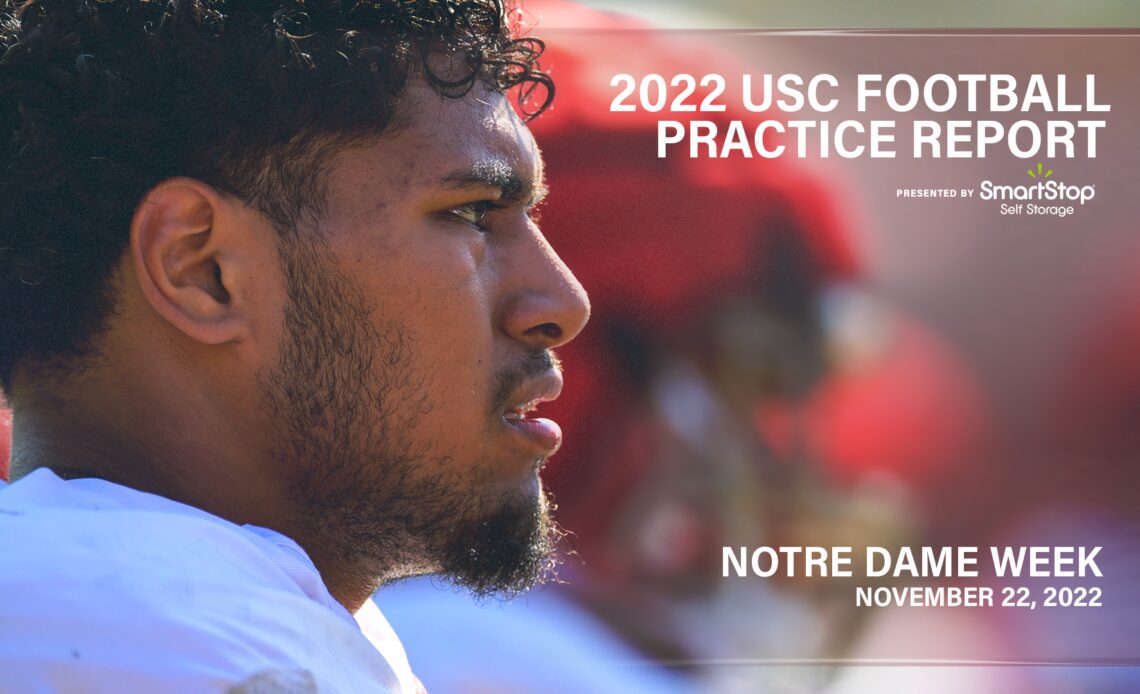 By: Keely Eure, Director of Creative Content and Team Reporter


Andrew Vorhees has seen it all. USC’s starting left guard has played at the college level since he was just a true freshman in 2017.

The Trojans’ most experienced offensive lineman had a decision to make when Lincoln Riley first arrived in Southern California last November. Vorhees could have left for the NFL, having already established his name at the college level, but instead chose to come back for his sixth year at USC.

“I think [it] sent a message to this entire roster about how serious guys within the walls were about getting this thing right,” Lincoln Riley said following USC’s Tuesday practice of Notre Dame Week.

It might have been overlooked at the time, but it was a pivotal moment for Riley and the culture he wanted to establish for USC’s football program.

“I’ll always look back and think of that,” Riley said. “I didn’t know it as much at the time, because I saw him and met him one day, and at that point I’d met about 5,000 people in the past 48 hours. So I probably didn’t realize how big that was at that time, but that was important. It was a tone-setter in a lot of ways.”

After many years in cardinal and gold, Vorhees and his fellow veteran offensive lineman Brett Neilon will play in their Coliseum finale Saturday against rival Notre Dame. It’s a long time coming for two Trojans who have dedicated so much to their university.

“The guys have been good players for us and they’ve been good leaders,” Riley said of Vorhees and Neilon. “They’ve wanted this [season’s success] to happen.”

The sour taste of USC’s 4-8 record in 2021 played a role in Neilon’s return for his sixth and final season. In…