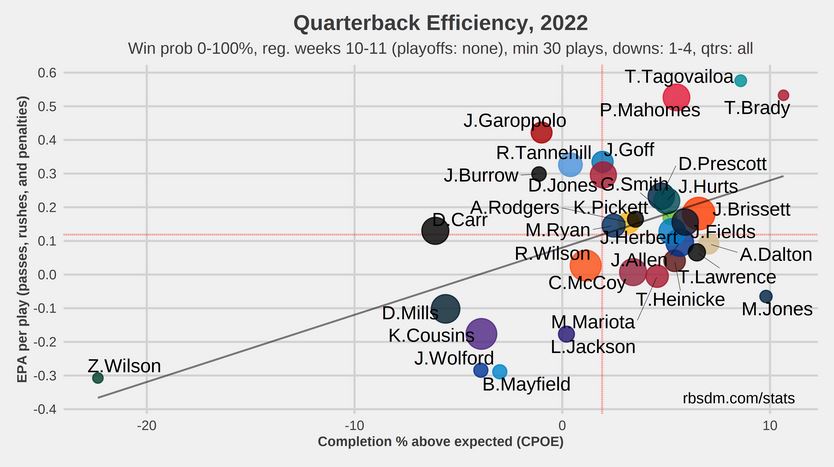 There has been a lot of talk all over social media as to whether or not the Tennessee Titans’ Week 12 game against the Cincinnati Bengals should be considered a revenge game.

Truthfully, it’s up to each fan, player, and coach to individually determine how they see Sunday’s contest.

However, the actuality of the situation is these are practically two completely different teams than the ones that faced off in January. Adding to that, a regular season win for the Titans doesn’t erase the playoff loss at all.

Regardless of all that, many fans and media members alike are going to hype this weekend’s AFC showdown as something along the lines of a redemption game, especially when it comes to Titans’ quarterback, Ryan Tannehill.

#Titans QB @ryantannehill1 on @Bengals playoff game from a year ago: This is a new team facing a new challenge. It’s not a revenge game, and this year’s game has nothing to do with last year

In reality, there’s absolutely nothing that could happen on Sunday that’s going to completely erase the scar that was opened during last year’s unfortunate playoff ending.

Nonetheless, on top of getting the team’s eighth victory, what Tannehill and the Titans can possibly do on Sunday is begin to solidify the legitimacy of their budding passing attack.

Ever since the Texas native returned from his ankle injury, he’s completed 65.1 percent of his passes (41-of-63) for 588 yards, four touchdowns, and one interception. Tennessee’s signal caller also produced an impressive passer rating of 109.8 the past two games.

As a matter of fact, Tannehill has been one of the more efficient quarterbacks in the NFL ever since he returned to the lineup.

Even more impressive is the fact that he accomplished all this against objectively strong pass defenses.

The Broncos are currently allowing the third-fewest passing yards (186.8 YPG) this season, while the Packers have allowed the fifth-fewest (192.5 YPG).

According to RBSDM, Denver also has a top-five passing defense in terms of efficiency, ranking second in Dropback Success Rate (41.0 percent), and fourth in Dropback EPA (-0.101).

This week, the Texas A&M product has the chance to make a third straight statement against…