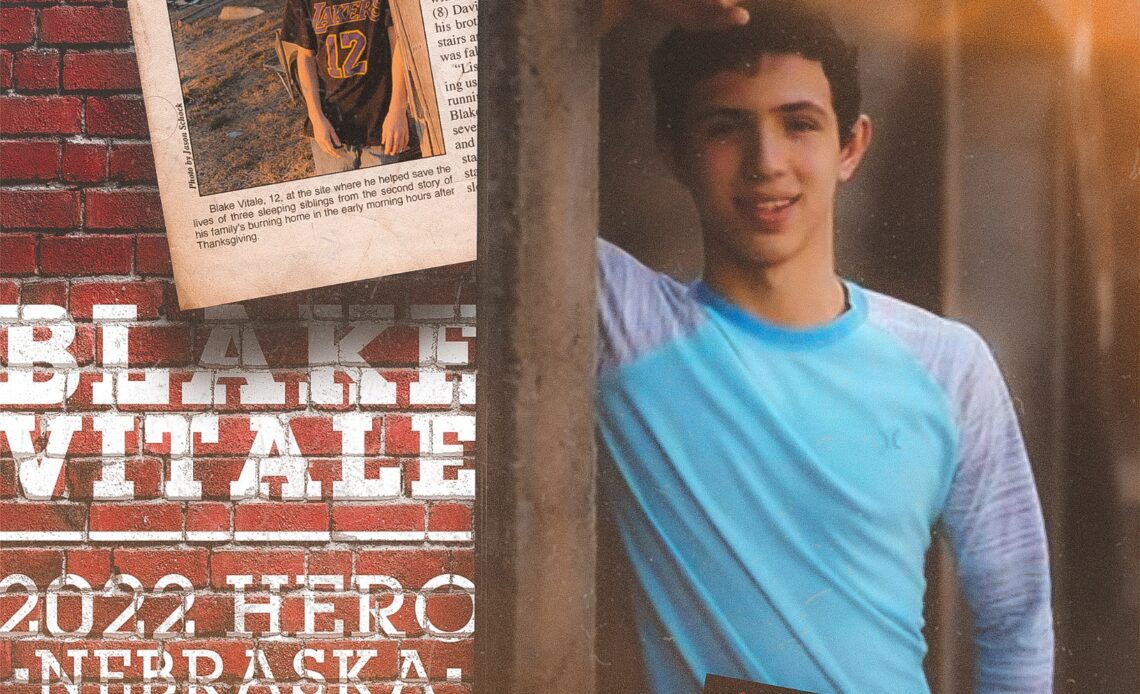 
The annual football matchup between the Nebraska Cornhuskers and the Iowa Hawkeyes kicks off this year from Kinnick Stadium in Iowa City, Iowa at 3 p.m. CT on Friday, Nov. 25. It marks the second year for SCHEELS to title sponsor the traditional “Heroes Game,” which recognizes and celebrates local heroes who inspire others and positively impact the community.

In the early morning of November 23, 2012, a fire broke out in the kitchen of the Vitale family home near Salem, Nebraska.  As the structure was quickly engulfed and the ceiling started to fall, then 10-year-old Blake Vitale rushed to save his three siblings who were asleep upstairs.  Despite the two-story home being completely destroyed, Blake’s heroics helped prevent any loss of life.  For his efforts, Blake was honored with multiple recognitions including the Cornhusker Chapter of the American Red Cross’ Good Samaritan Award and the Nebraska Funeral Director’s Hero Award.  Wednesday marked the 10th anniversary of Blake’s selfless acts.

“It was evident through the multiple entries received, that Blake stood out as a local hero in Nebraska. 10 years ago, Blake was able to save members of his family from a devastating fire,” said Nathan Johnson, Communications & Sponsorship Manager for SCHEELS. “There are many heroes around us and SCHEELS is proud to honor Blake at this…