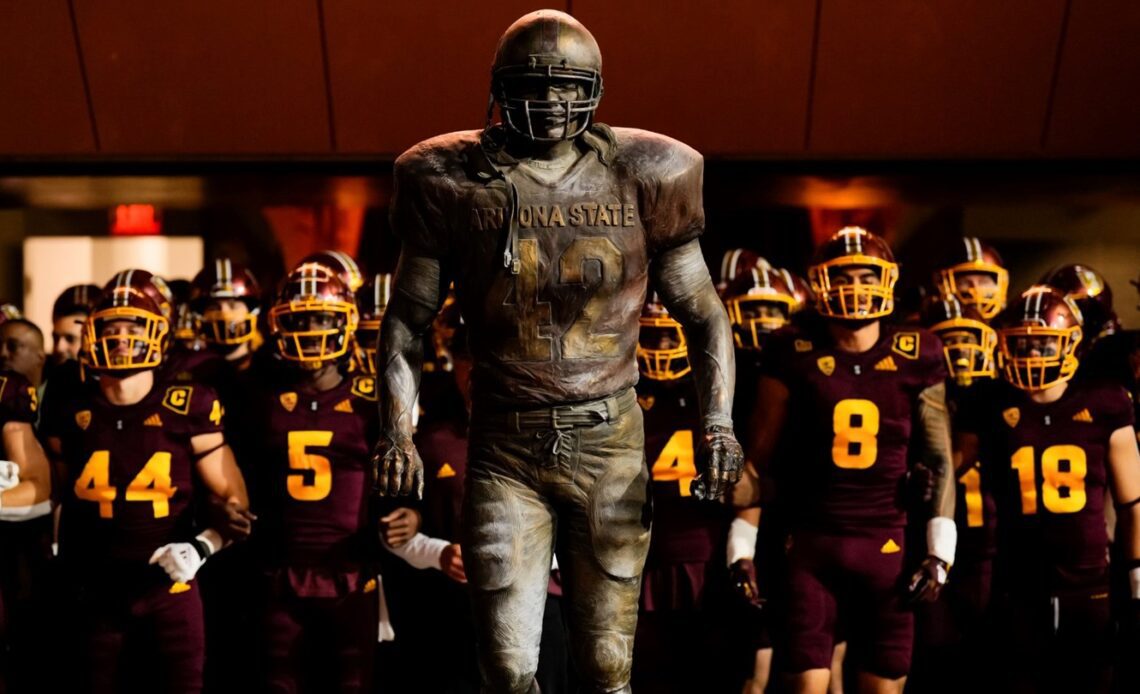 THE GAME –  Sun Devil Football will conclude the regular season this weekend on the road with the playing of the 96th Edition of the Territorial Cup Game against rival Arizona this Friday, Nov. 25 at Arizona Stadium in Tucson beginning at 1 p.m. AZT. The contest will be broadcast on the FS1 (Adam Alexander and Devin Gardner on the call) and available over the airwaves locally on Arizona Sports 98.7 FM (Tim Healey, Jeff Van Raaphorst, Jeff Munn).

ON THE WILDCATS –  This will be the 96th Duel in the Desert, with Arizona leading the all-time series 49-45-1. The vast majority of those Wildcat wins came prior to 1950, however.  Since 1949, ASU holds a 44-29-1 record in the series. The winner of the game will receive (or retain) the Territorial Cup Trophy, and the game is recognized by the NCAA as the nation’s oldest rivalry trophy game. The Sun Devils have won five straight games in the rivalry – four of which have come by at least two possessions, including a 70-7 rout in 2020. While neither team is bowl eligible this season, the victor on Friday will take home the Territorial Cup and finish with the higher ranking in the Pac-12 standings at the end of the year.