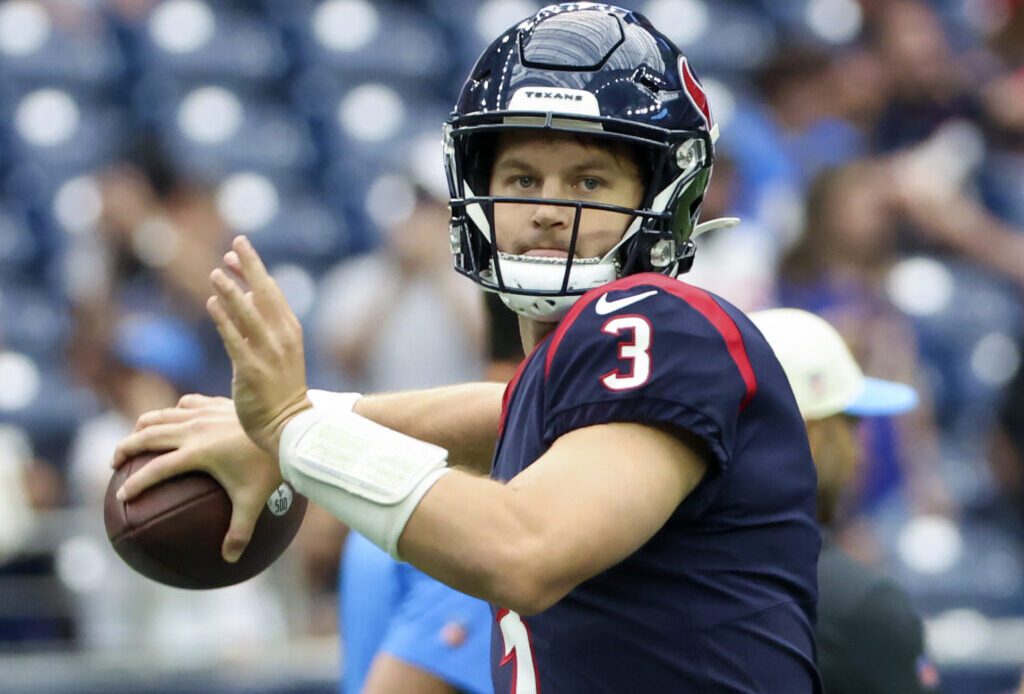 Another member of the 2021 quarterback class will not keep his starting job into Week 12. The Texans are set to bench Davis Mills, Mike Garafolo of NFL.com tweets.

Lovie Smith declined to name a starter for Houston’s next matchup, but Garafolo notes Kyle Allen will receive the call. This will be Allen’s first start since a severe ankle injury ended his 2020 season. Allen has not taken a snap since signing with the Texans this offseason. This scenario was rumored to be on the table earlier this week.

This news comes barely an hour after Robert Saleh announced Zach Wilson is being benched. The Texans are not in a similar situation, with their 1-8-1 record keeping them firmly on the rebuilding track. That would seemingly allow for more Mills growing pains. But the team may be finished with its evaluation of the former third-round pick. Wilson and Mills being yanked leaves only Trevor Lawrence, Justin Fields and Mac Jones from a 2021 QB class that had placed six players in starting roles to begin this season.

Smith reaffirmed Mills’ status as Houston’s starter last week, but the Stanford product struggled against the Commanders in a one-sided loss. The Texans totaled just five first-half yards in the 23-10 loss, and Mills exited the game leading the NFL with 11 interceptions. Despite being a third-round pick, Mills has already made 21 starts for the Texans. This has given the franchise a reasonable evaluation window.