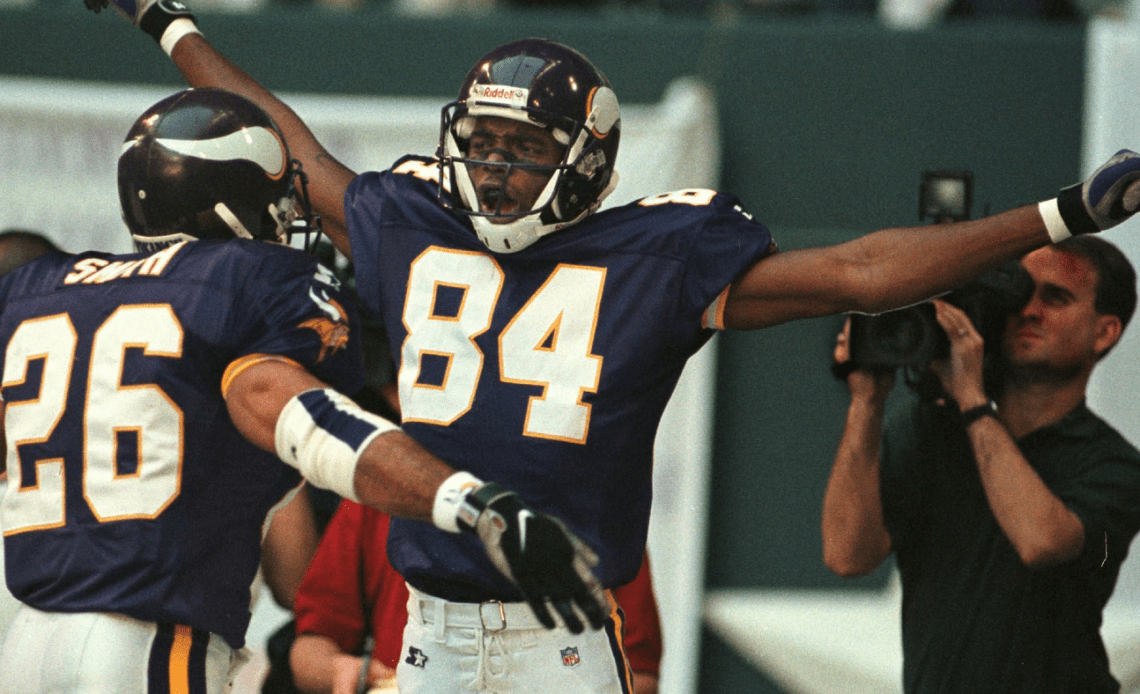 Thanksgiving and the NFL have been intertwined since the league’s inaugural season way back in 1920. Since then, the NFL has hosted games on Thanksgiving each year with the exception of a four-year span in the early 1940s due to America’s involvement in World War II. Since 1934, the Detroit Lions hosting a game has been a Thanksgiving Day tradition, with the Dallas Cowboys following suit in 1966. Since then, all but two Thanksgivings have included games featuring both of these franchises.

In 2006, the NFL added a prime time game to its Thanksgiving slate, giving everyone one more game to watch while enjoying either dessert or a second (or third) helping of stuffing, turkey, and mashed potatoes. The Bills and Lions will get things started at 12:30 p.m. ET, followed by the Giants and Cowboys at 4:30 p.m. ET. The night cap will be between the Patriots and Vikings, which will kick off at 8:20 p.m. ET.

In preparation for Thursday’s three games, here’s look at the NFL’s 10 most memorable Thanksgiving Day moments. The list includes several epic individual performances from some of the game’s all-time great players. It also includes several not-so-great moments that have also stood the test of time.

Fresh off of winning their first championship under Vince Lombardi, the ’62 Packers won their first 10 games that included a 9-7 nail-biter against the Lions — the focus of Lombardi’s 1962 book, “Run to Daylight.” The Packers weren’t as fortunate in their Thanksgiving rematch with Detroit, however, as Milt Plum’s two touchdown passes to Gail Cogdill gave the Lions an early 14-0 lead.

Detroit’s Hall of Fame defensive backfield duo of “Night Train” Lane and Dick LeBeau each recorded interceptions off Packers Hall of Fame quarterback Bart Starr, helping the Lions prevail, 26-14. NFL historians have noted that the Lions recorded at least 11 sacks (a stat that wasn’t kept at the time) of Starr, including six by Roger Brown, who also sacked Starr in the end zone for a safety. The game is fondly remembered in Detroit as the “Thanksgiving Day Massacre.”

The Lions would go 11-3 but would finish two games behind the Packers for the right to face the Giants for the NFL title. Green Bay defeated the Giants in New York to claim their second consecutive championship.

The Giants-Lions Thanksgiving Day game in 1982 was played during…