The Other Side: Gators to Face a More Seasoned Travis 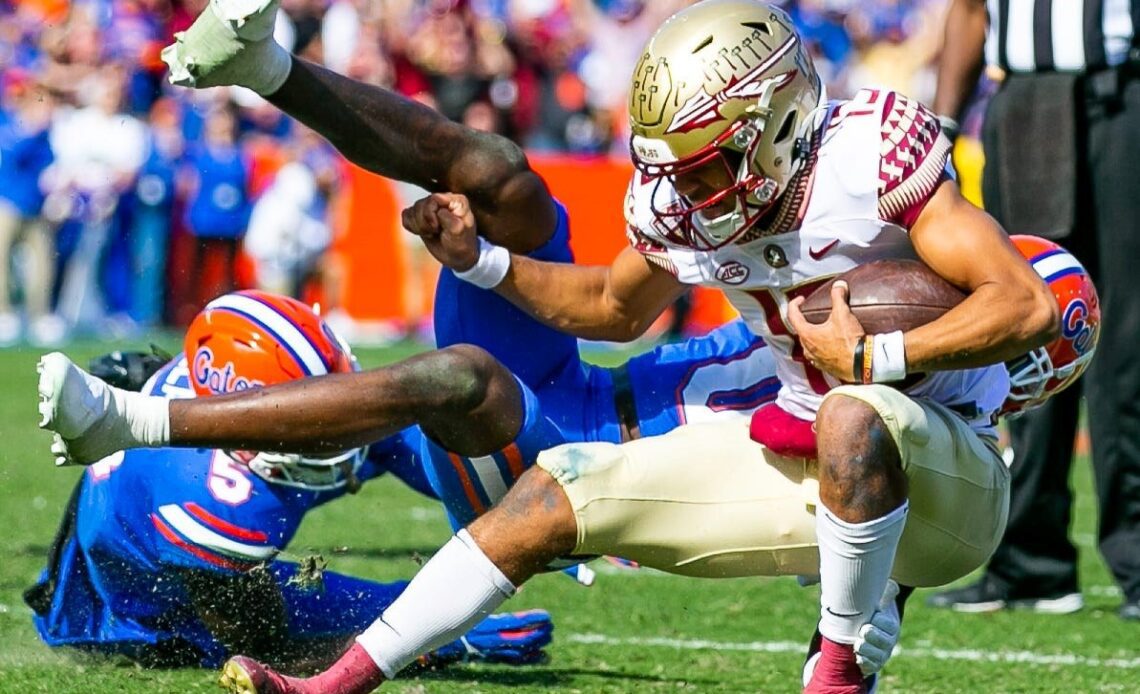 GAINESVILLE, Fla. — There is no week-to-week quarterback puzzle at Florida State this season.

Jordan Travis has made sure of that.

Travis, who competed against James Blackman, Alex Hornibrook, Chubba Purdy, Tate Rodemaker and UCF transfer McKenzie Milton for snaps in his first three seasons at FSU, has blossomed in 2022.

Travis has thrown for 2,526 yards, 21 touchdowns, and four interceptions heading into Friday night’s game against the Gators. Known primarily as a runner early in his career – Travis can still do that too, rushing for 284 yards and five scores – the Florida native has made significant strides as a passer.

“He’s smart with his reads,” UF cornerback Jason Marshall Jr. said. “Played him last year, he made the right reads and stuff.”

Travis has a season grade of 90.8 from Pro Football Focus, which ties him with Tennessee Heisman Trophy candidate Hendon Hooker for second in the country behind North Carolina’s Drake Maye.

Travis is a significant reason FSU (8-3) has won four consecutive games and outscored opponents 173-39 over that stretch. The Seminoles average 473.7 yards per game and 256.7 passing yards.

Travis had a memorable performance in a 38-3 win at Syracuse on Nov. 12, which clinched the Seminoles’ first winning season since 2017. Travis threw three touchdowns, ran for one and caught one, becoming only the second player in school history (Wyatt “Red” Parish was the first in 1949) with a passing, rushing and receiving score in the same game.

Travis transferred to FSU in December 2018 after starting his career at Louisville. He returned to his home state to play at FSU, where his older Devon Travis played baseball before spending four seasons in the majors with the Toronto Blue Jays.

Travis’ breakout season is a testament to his resolve.

Travis replaced McKenzie as FSU’s starter early last season, and in FSU’s 24-21 loss to the Gators at The Swamp, he completed 18 of 29 passes for 202 yards, one touchdown and one interception. He added 104 yards on 17 carries and one score, so the Gators have seen his dual-threat abilities up close.