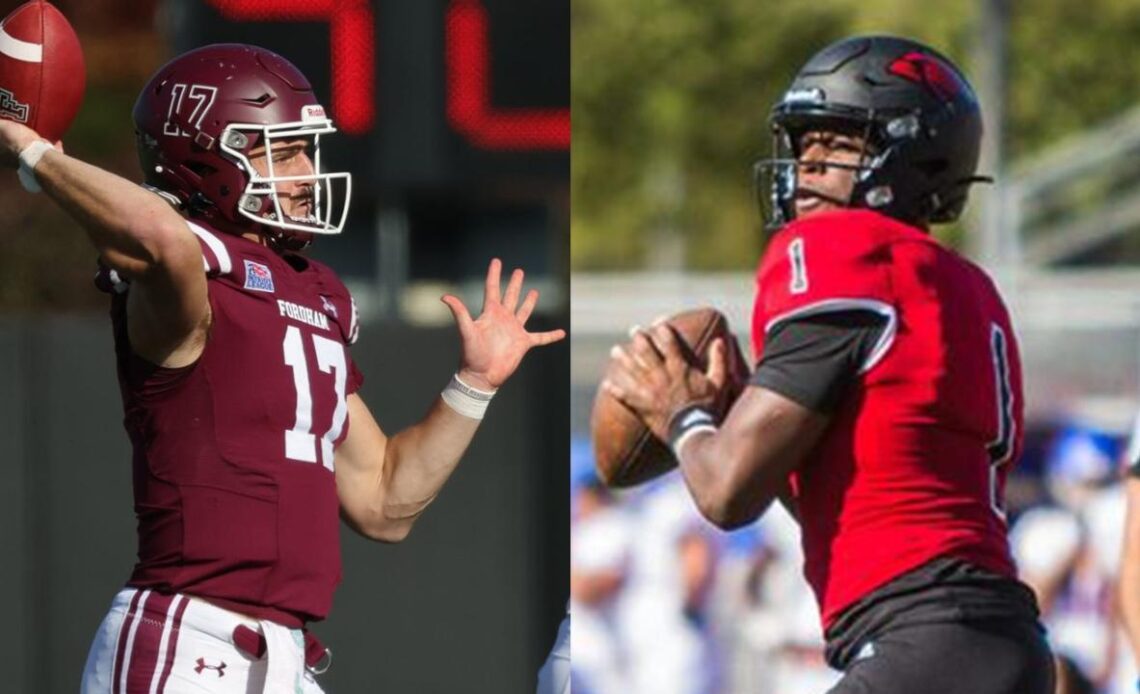 This list is cumulative, taking into account the entire regular season from start to finish. I’m sure there will be debates on the order, but remember, this is my opinion after following and watching games, analyzing stats and ranking the FCS quarterbacks from top to bottom throughout 2022.

🏆: CLICK OR TAP HERE FOR COMPLETE COVERAGE OF THE 2022 FCS PLAYOFFS

This top-50 FCS quarterback ranking evaluates quarterbacks from their performances this season, factoring in every game. Here are some — not all — of the criteria evaluated:

You can really flip flop No. 1 and No. 2 this season. I give Scott (50 TD passes, 4 INT) the top spot because of what he brings to the run game. That extra element separates him ever-so-slightly from Tim DeMorat.

Tim DeMorat is the leading passer in the FCS and has had a remarkable season. It’s nit-picky but he did throw twice as many interceptions (53 TD, 8 INT) as Scott Jr. That’ll be part of the justification for him at No. 2.

The next gap comes in the top five. The next three quarterbacks on this list have proven…