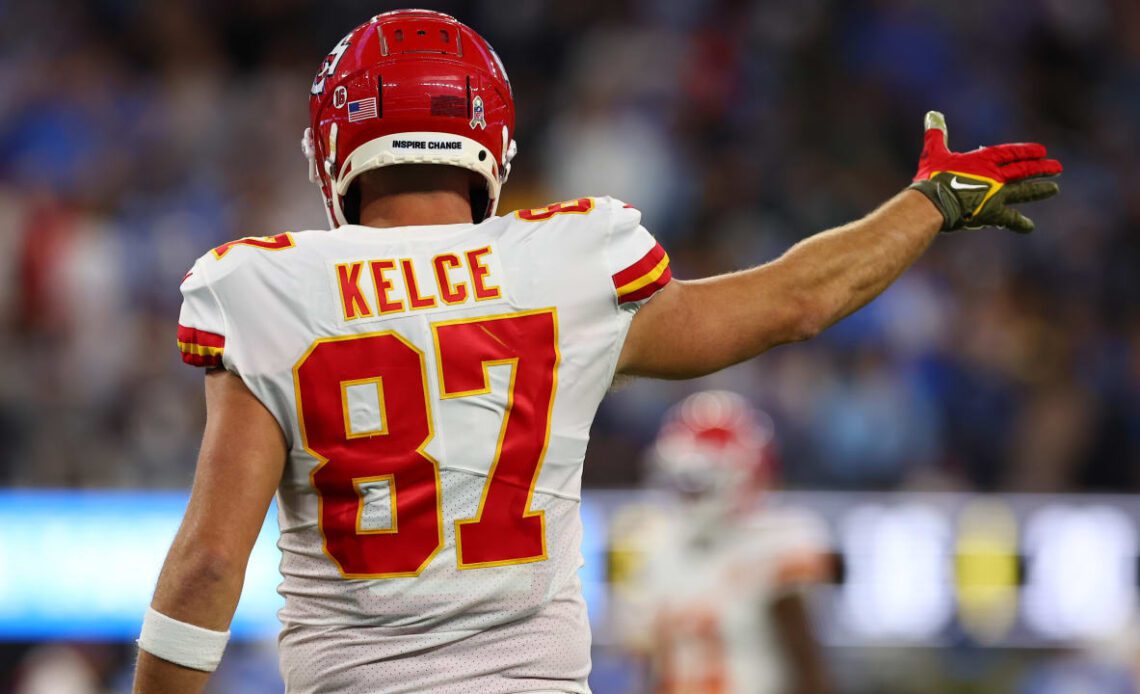 The veteran tight end is one of only three players – joining Philadelphia Eagles’ wide receiver A.J. Brown and Buffalo Bills’ wide receiver Stefon Diggs – to tally at least 115 receiving yards and three or more touchdowns in a single game this season. It was a continuation of what has been a huge season for Kelce, who leads the NFL in receiving touchdowns (11) and receiving first downs (53).

He’s the third tight end in the Super Bowl Era to record multiple games with 3+ touchdowns in a single season, joining Todd Christensen (1983) and Pro Football Hall of Famer Kellen Winslow Sr. (1982). Kelce also leads the NFL in receiving yards (8,124) since 2016, and his 33 career 100-yard games are the most by a tight end in NFL history.

The numbers and records already place Kelce among the best pass-catchers – regardless of position – in the history of the league, and based on what we’ve seen this season, he isn’t slowing down any time soon.