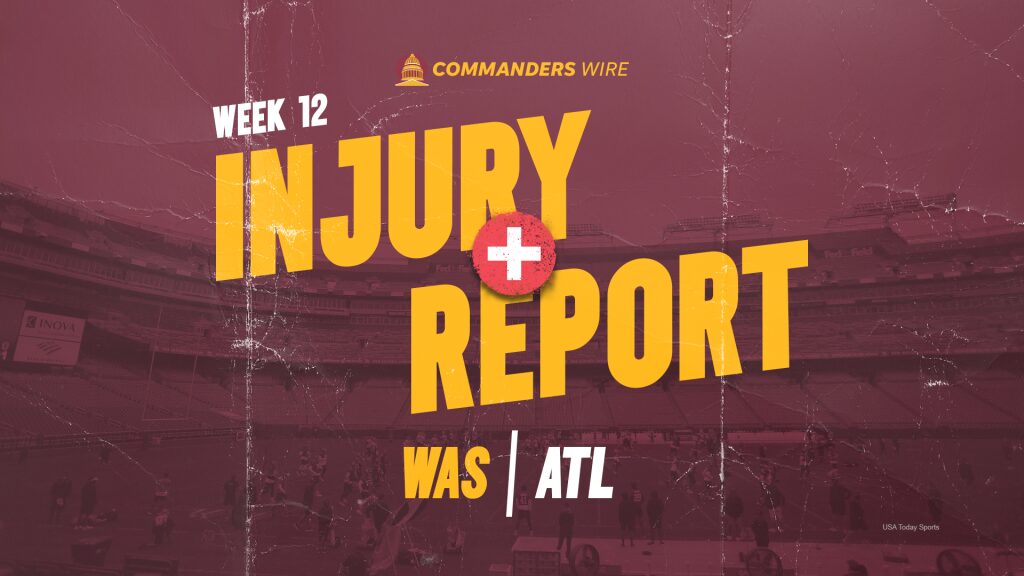 The Washington Commanders were back on the practice field Wednesday in preparation for their Week 12 game against the Atlanta Falcons.

Defensive end Chase Young [knee] is back but was limited on Wednesday. This is a part of Washington’s process of easing Young back into action.

As for the official practice report, three Commanders did not practice. Linebacker Cole Holcomb continues to remain out with a foot injury. Holcomb has missed four consecutive games, and at some point, Washington should consider putting Holcomb on injured reserve.

Cornerback Benjamin St-Juste missed practice Wednesday with an ankle injury. St-Juste injured his ankle in Sunday’s win at Houston. St-Juste said after the game he was fine, but his situation is certainly one to keep an eye on over the next few days.

Here is a look at the Falcons’ injury report.