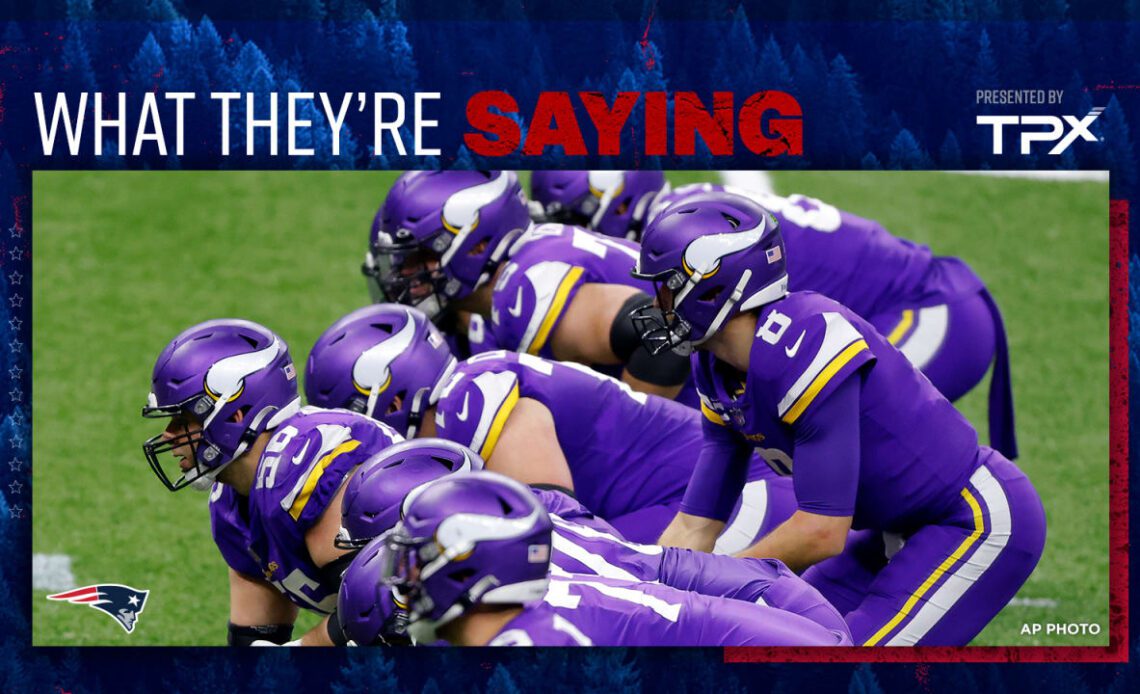 “He is one of my coaching influences. … Those characteristics, those foundational things you learn there even in the short time that I was there, have stuck with me. I still have old notebooks with team meeting notes and things like that that are always great to go back and look through throughout that season, throughout the offseason, training camp. So as I’ve said many times, it’s been a huge part of my football journey to be able to experience being there for that period of time and helped me grow tremendously. But as far as coaching against him and his team this week and his coaching staff, you just know what the challenge is going to be.”
– Vikings Head Coach Kevin O’Connell

“Tremendous football mind. The sample size is large – how long he’s done it, with so many different players. I think he’s always adapted to whatever he feels is going to work that year, that week. He’s really the best ever and his track record speaks for itself. We have a great challenge on Thursday night as a result and their defense again this year is doing a really good job.”
– Vikings Quarterback Kirk Cousins

“I just think it’s spectacular how he’s been able to continue to produce a football team that plays at such a high level and is a real problem to deal with whenever you play them, wherever you play them, no matter how long you have to prepare, it’s a heck of a challenge.”
– Vikings Head Coach Kevin O’Connell