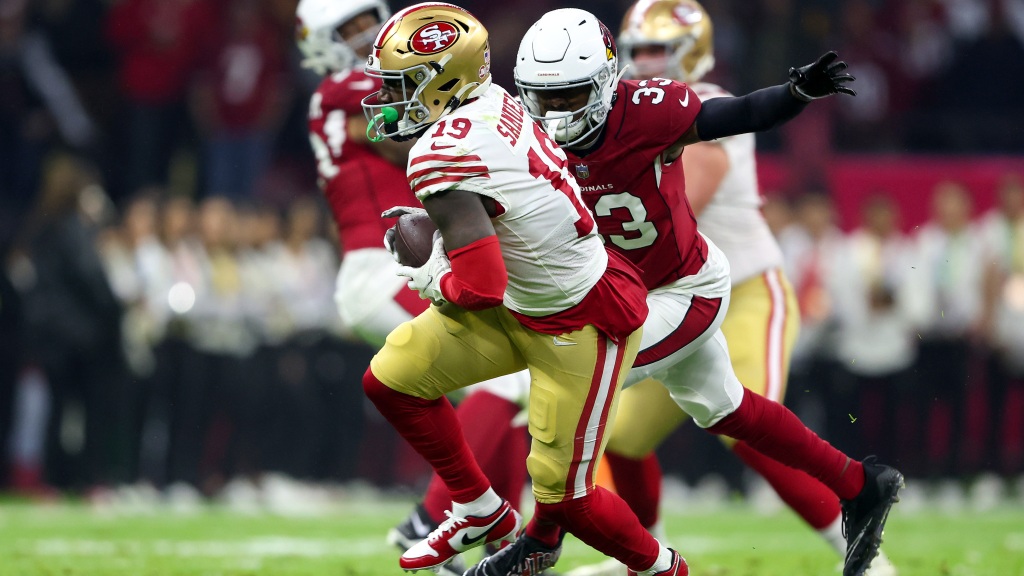 There was a bit of a surprise on the 49ers’ practice participation report when they returned to practice Wednesday.

Prior to the session head coach Kyle Shanahan said DL Arik Armstead would be out with his foot and ankle issues, and quad/Achilles injuries would make DE Samson Ebukam a limited participant. LT Trent Williams was given a veteran’s day off.

All of those players were on the practice participation report as expected. WR Deebo Samuel also showed up as a limited participant though with a hamstring injury.

There was no indication after Monday’s game that Samuel was injured, so it could’ve happened in practice.

Thursday will give a better indication as to whether the limited session was precautionary or something more serious.

Samuel on Monday tied his season high with 10 touches while hauling in six receptions and notching four carries for 94 yards with a 39-yard rushing TD.