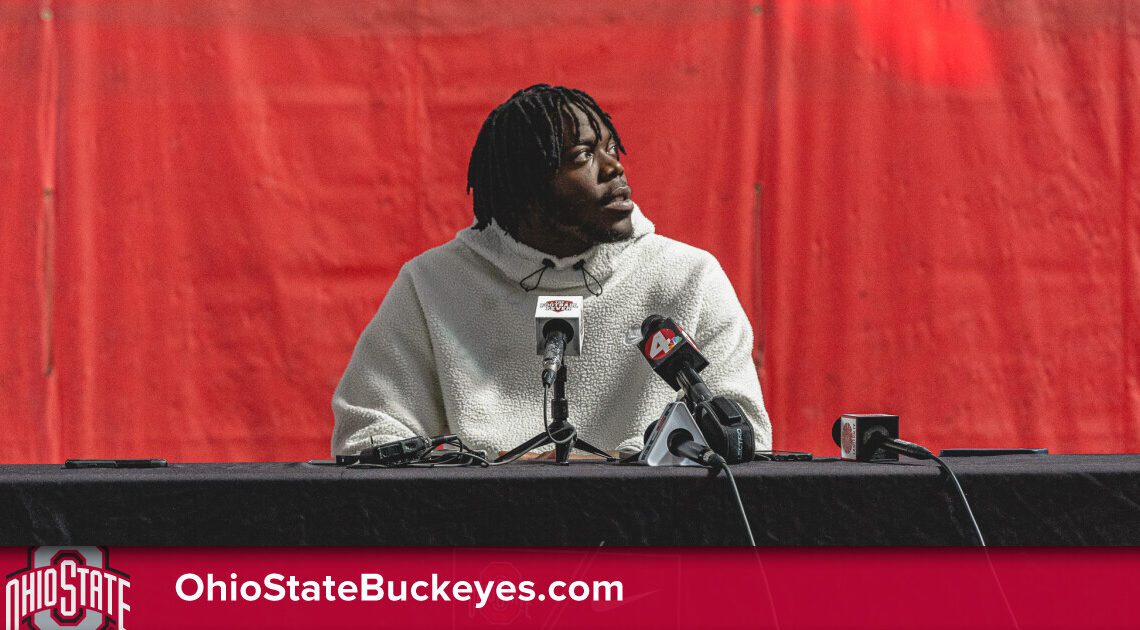 On the impact of this rivalry despite the fact he didn’t grow up here:

“It’s a lot. Not only does it impact me but also my teammates and coaches. This city and state take a lot of pride in that rivalry, and so do we as a team. It shows how important it is and how much we respect this rivalry.”

On going forward from last year:

“None of those guys in the locker room want to relive that, and we feel that. We use that in the summer in the offseason camp, and we’re still using it day by day. Living with it for a year sucks. We’re all competitors and competing at the highest levels. You’re gonna lose, you’re gonna lose sometimes, but losing to those guys hurts a little bit more. We just used it as motivation.”

On it being his last game in The Shoe:

“It’s definitely exciting. I’m definitely eager to get out there, but you can’t look into it too deep; it’s Tuesday, and I’m focused on having the best Tuesday practice we’ve had all year. Then Wednesday comes, I’ll think about that. You gotta take it day by day.”