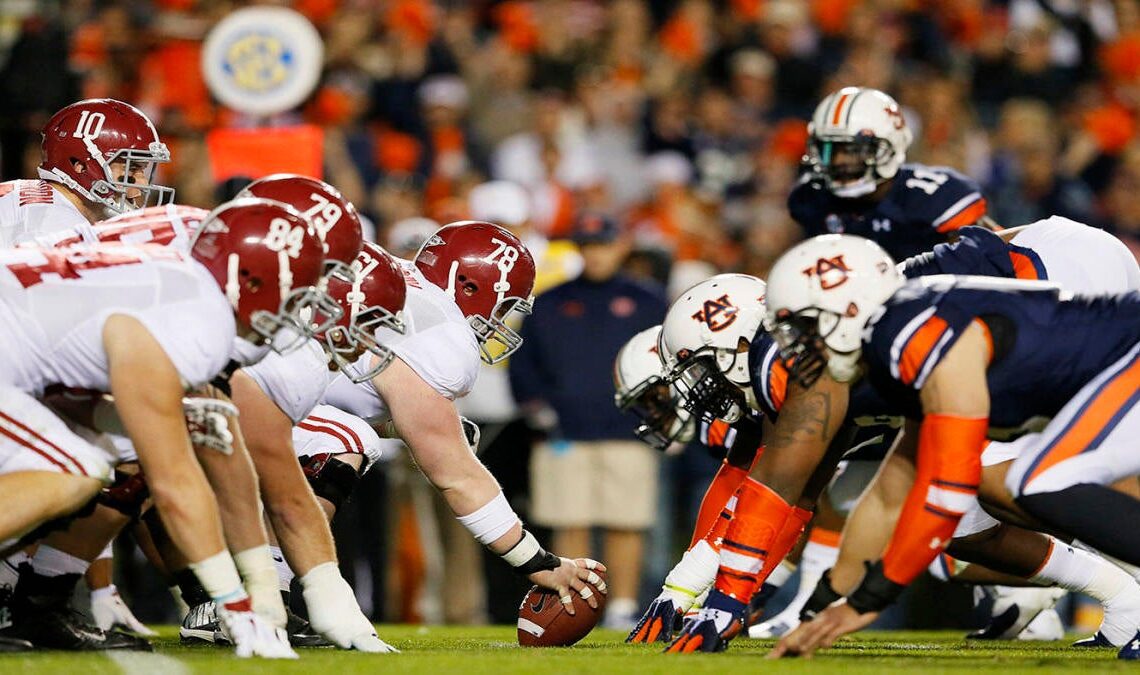 No. 7 Alabama looks to end its season on a high note on Saturday afternoon when it hosts rival Auburn in the Iron Bowl in the SEC on CBS Game of the Week. The Crimson Tide won’t represent the SEC West in the SEC Championship Game in Atlanta next weekend, but a state championship over the Tigers is something that every Alabama coach emphasizes throughout the year.

The Tigers have had a frustrating year that resulted in the dismissal of coach Bryan Harsin on Oct. 31. But interim coach and Tigers legend Carnell “Cadillac” Williams has sparked much-needed life into the program, won two straight games and has made a case to take over the job on a full-time basis. A win over Alabama would certainly go a long way toward strengthening that case.

What will happen on Saturday afternoon? Let’s preview the game and make picks straight up and against the spread.

Alabama vs. Auburn: Need to know

Looking ahead?: Alabama has been out of the SEC West title hunt since mid-November, which isn’t normal for a program that is accustomed to not only competing for the conference title but the College Football Playoff. That prompted reporters to ask star players if they’ve thought about opting out of Alabama’s bowl game, including star quarterback Bryce Young.

“As far as me thinking about my future, I take everything one day at a time,” he said. “So all I’ve been focused on throughout the year has been the next opponent, and obviously, this is huge. This is a huge game. This means a lot to me, to people in the entire state, to us as a team. This is a huge game, so all I think about is today. How can I be the best version of myself today to get ready to put myself in the best circumstances, how we as a team can do that, and that’s all my head’s focused on.”

It certainly looked like Young backed it up last weekend. He was 22 of 30 for 264 yards and two touchdowns last week vs. Austin Peay before Jalen Milroe came in to finish the game. That was in a meaningless game against an FCS opponent, not the battle for state bragging rights. Alabama’s players know how much this game means, so don’t expect them to mail this one in during their last game in Bryant-Denny Stadium.

Ground and pound: Running backs Tank Bigsby and Jarquez Hunter have each topped the 100-yard mark in Auburn’s last two games, which not only coincided with wins but a return to old-school football that interim coach Williams was…