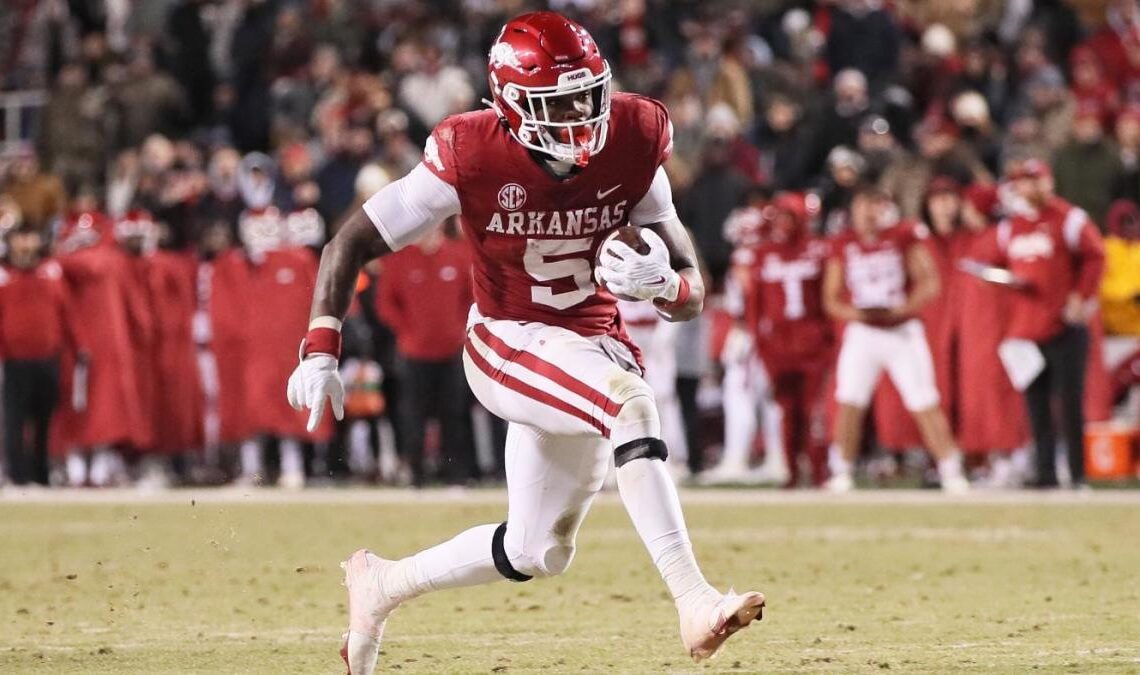 The Missouri Tigers will try to become bowl-eligible when they close out the regular season against the Arkansas Razorbacks in the 2022 Battle Line Rivalry on Friday at Faurot Field in Columbia, Mo. The Tigers (5-6, 2-5 in SEC) have earned bowl bids the last two seasons. The last time the program went to three straight bowl games came when they went to seven straight postseason games between 2006-11. Meanwhile the Razorbacks (6-5, 3-4) already have earned their third straight bowl bid. They are coming off a 42-27 victory over Ole Miss that ended a two-game skid.

Kickoff is 3:30 p.m. ET. The Razorbacks are 3-point favorites in the latest Arkansas vs. Missouri odds from Caesars Sportsbook, while the over/under for total points scored is 56. Before locking in any Missouri vs. Arkansas picks, you need to see the college football predictions and betting advice from the SportsLine Projection Model.

The SportsLine Projection Model simulates every FBS college football game 10,000 times. Over the past six-plus years, the proprietary computer model has generated a stunning profit of almost $3,000 for $100 players on its top-rated college football picks against the spread. Anyone who has followed the model has seen huge returns.

Now the model has dialed in on Arkansas vs. Missouri and just revealed its coveted picks and predictions. You can head to SportsLine now to see all of the model’s college football picks. Now, here are the college football odds and trends for Missouri vs. Arkansas: