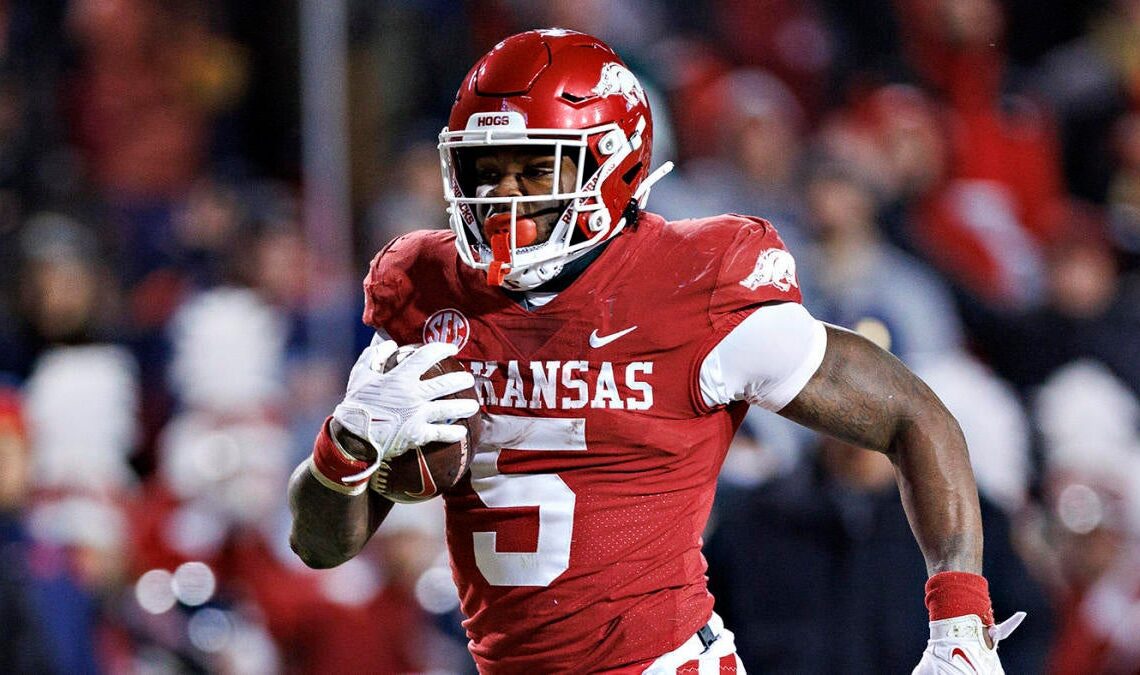 Bragging rights, bowl eligibility and the progress of two programs under third-year coaches will be featured on Friday when Missouri hosts Arkansas in a cross-division SEC showdown on CBS. The Tigers need a win to reach bowl eligibility while Arkansas needs a victory to equal last season’s 4-4 mark in SEC play.

For Missouri, missing a bowl game under third-year coach Eli Drinkwitz, who recently received a contract extension and raise, would be a disappointment after the Tigers made the Armed Forces Bowl last season. For Arkansas, dropping this game after snapping a five-game losing streak in the series last season would mark regression.

Arkansas won last season’s meeting 34-17 at home but is still looking for its first-ever win in Columbia, Missouri. The Tigers are 5-0 all-time at home against the Razorbacks, dating back to the first-ever meeting between the teams in 1906. The Razorbacks came up just short in a 50-48 loss during the 2020 season that ended with a game-winning field goal from Mizzou kicker Harrison Mevis as time expired.

A total of 42 points were scored in the fourth quarter alone during that game, and it would be no surprise if the teams played a similarly wild one this time around.

Arkansas vs. Missouri: Need to know

Battle Line Trophy: Arkansas and Missouri have played 13 times, but they only became annual rivals when the Tigers joined the SEC for the 2014 season. Since then, the two have been designated permanent cross-division foes and play for the Battle Line Trophy. While this may not be regarded as one of the SEC’s biggest rivalries, it certainly has one of the biggest trophies. The winner takes home a slab of silver that is more than 4 feet tall and weighs over 180 pounds.

Statistical strengths: These teams are all over the map in terms of their strengths. While Arkansas is No. 8 nationally in rushing offense, it is No. 118 in passing yards allowed. Within Missouri’s defense alone, there is vast statistical polarization. The Tigers are No. 31 in total defense, allowing only 338.2 yards per game, but they are tied for 116th in red zone defense. Mizzou is also tied for 111th in red zone offense, making the red zone a particular area of struggle for the Tigers. Arkansas is just 86th in red zone offense, though, which puts the Razorbacks offense under the microscope in this game. Can they capitalize on Missouri’s poor red zone defense?