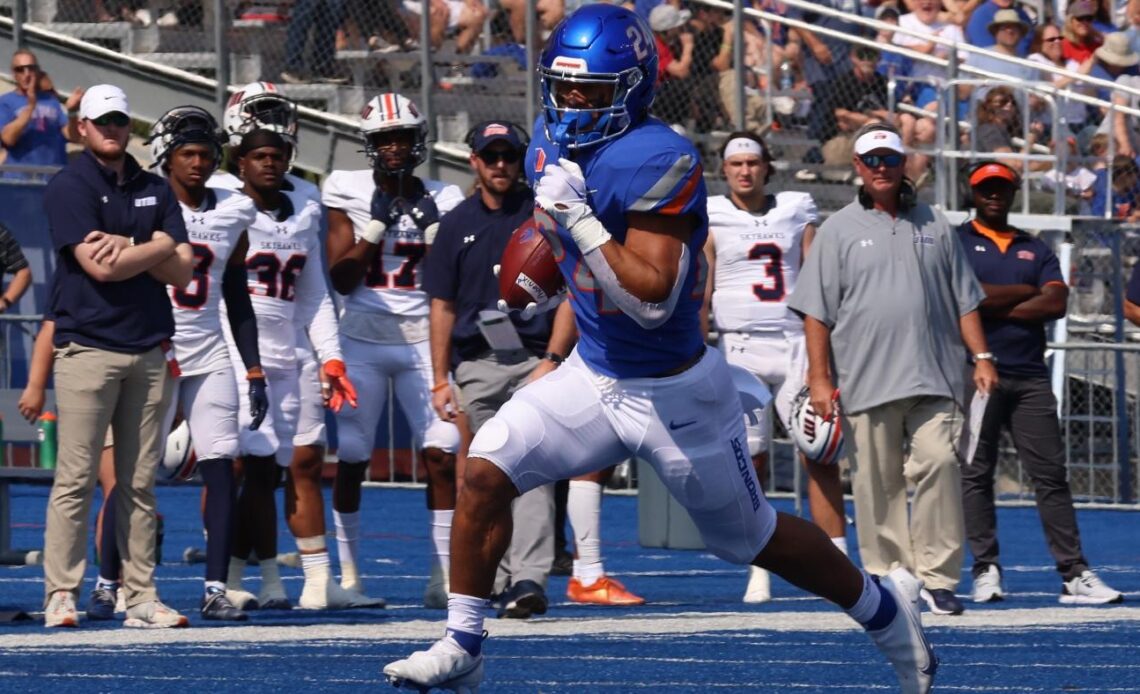 College football fans get a post-Thanksgiving treat when Boise State and Utah State meet in a Mountain West Conference clash on Friday afternoon. The Broncos are trying to remain undefeated in conference play, while the Aggies will be looking for a win over their division rival.

The Broncos have won six of their last seven games, and are looking to cap off a perfect regular season within the conference. Boise State’s offense has gotten better throughout the season, but its defense has been great from start to finish. The Broncos have given up a combined 20 points in the last two weeks. With Utah State coming to town, Boise State will get one final test before the MWC title game against Fresno State.

Utah State’s 1-4 start to the season seems like it was a lifetime ago. The Aggies have really turned things around by winning five of their last six games, and they are 5-2 in conference play. Utah State has found different ways to win over the last two months, but the team will get its biggest test in a while with this road trip to Boise. The Aggies are looking to snap a six-game losing streak to the Broncos and end their 2022 regular season with a bang.

How to watch Boise State vs. Utah State live

George Holani, Boise State RB: The Boise State offense has struggled to get in gear at times, but Holani has been a consistent playmaker all season. Holani has gone over 100 yards rushing in five of his last six games, and he has found the end zone 10 times this year, which is tied for fourth in the MWC. When all else fails, the Broncos can count on Holani to come up with big plays on offense, and that probably won’t change against Utah State.

Calvin Tyler Jr., Utah State RB: Much like Holani, Tyler has been the best playmaker for his team’s offense. A workhorse for the Aggies, Tyler has carried the ball 219 times for 978 yards and six scores. In last week’s win over San Jose State, Tyler rushed 30 times for 125 yards and three touchdowns. When Utah State has the ball, it’s probably a fair bet that it will end up in Tyler’s hands on a frequent basis.

JL Skinner, Boise State DB: Skinner is tied for second in the MWC with four interceptions, and he has the hot hand in the Broncos’ secondary. Skinner is coming off a…