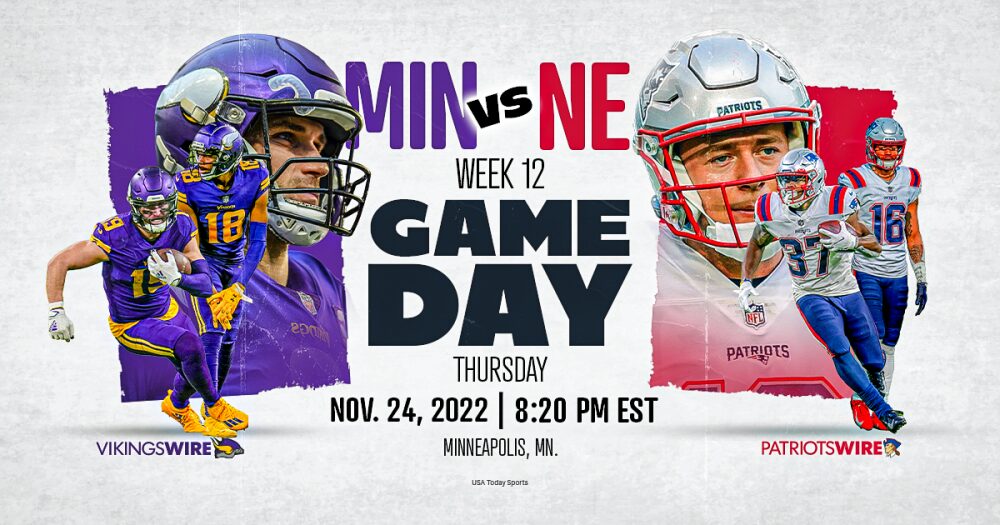 The Minnesota Vikings are currently dealing with the injury bug in a big way and nothing exemplifies that more than looking at the inactive list for Thursday night’s game against the New England Patriots.

After left tackle Christian Darrisaw and cornerbacks Andrew Booth Jr. and Akayleb Evans were declared out on Wednesday, the lone questionable player, defensive end Dalvin Tomlinson, was declared out just an hour and a half prior to kickoff.

The additions of Vederian Lowe, Esezi Otomewo and Luiji Vilain aren’t a surprise, as only Vilain has dressed this season and that was in week six against the Miami Dolphins.

The one surprise was that guard Chris Reed will be suiting up for his first time as a Viking. With Darrisaw out, Reed will have the opportunity to get his first game action and it could happen with the struggles Ed Ingram has seen.

This should be a great game to end Thanksgiving, but the Vikings will be short handed.

Patriots vs. Vikings Week 12: how to watch, stream & listen