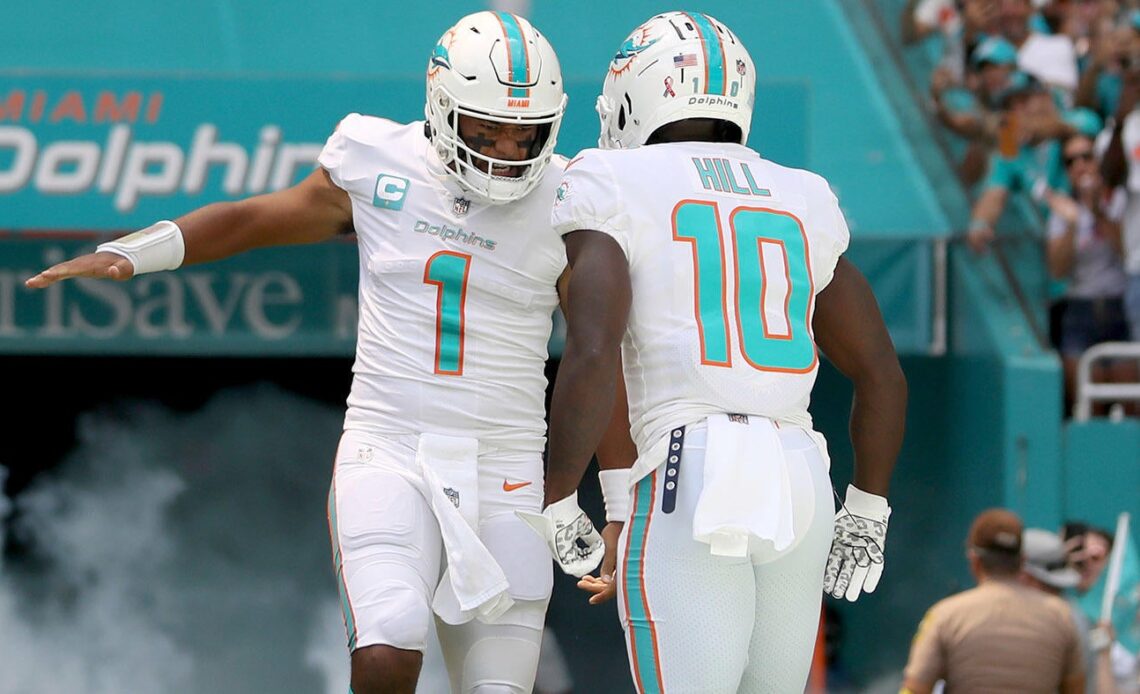 One of the most replicable blueprints to follow in order to win in the NFL is to surround a starting quarterback on their rookie contract with as much talent as possible. The Miami Dolphins are doing that now with their guy Tua Tagovailoa, the fifth overall pick in the 2020 NFL Draft — surrounding him with pass-catchers like three-time First-Team All-Pro Tyreek Hill and Jaylen Waddle, the sixth overall pick in the 2021 NFL Draft.

The Buffalo Bills followed the blueprint in 2020 with Josh Allen, the seventh overall pick in the 2018 NFL Draft, by acquiring Pro Bowl wide receiver Stefon Diggs from the Minnesota Vikings in exchange for four draft picks, including a first-round pick. The turnaround was immediate: The Bills went 13-3 and reached their first AFC Championship since the glory years in the 1990s. Diggs became the first player in the Super Bowl Era, since 1966, to lead the NFL in receiving yards (1,535) in his first season with a new team as Allen finished as the MVP runner-up to Green Bay Packers quarterback Aaron Rodgers.

The 7-3, AFC East-leading Miami Dolphins, who have already notched a win against the Bills, are finding that same type of success just past the midpoint of the 2022 season. Their offseason trade acquisition of wide receiver Tyreek Hill, a member of the 2010’s All-Decade Team, from the Kansas City Chiefs in exchange for five draft picks has resulted in Hill leading the NFL in receptions (81) and receiving yards (1,148). He has found instant chemistry with Tagovailoa, who is putting up numbers that have him in contention for league MVP, and Hill’s instant success with the Dolphins is borderline historic, considering he is on pace for 1,951 receiving yards, which would rank as the second-most in a season in NFL history behind Hall of Famer Calvin Johnson’s 1,964 in 2012.

The threat of Hill has also opened up the field for second-year wideout Jaylen Waddle, who set the NFL rookie receptions record with 104, as his 878 receiving yards in 2022 rank as the fifth-most in the league and have him on pace for 1,492 yards. That would shatter his rookie year total of 1,015.