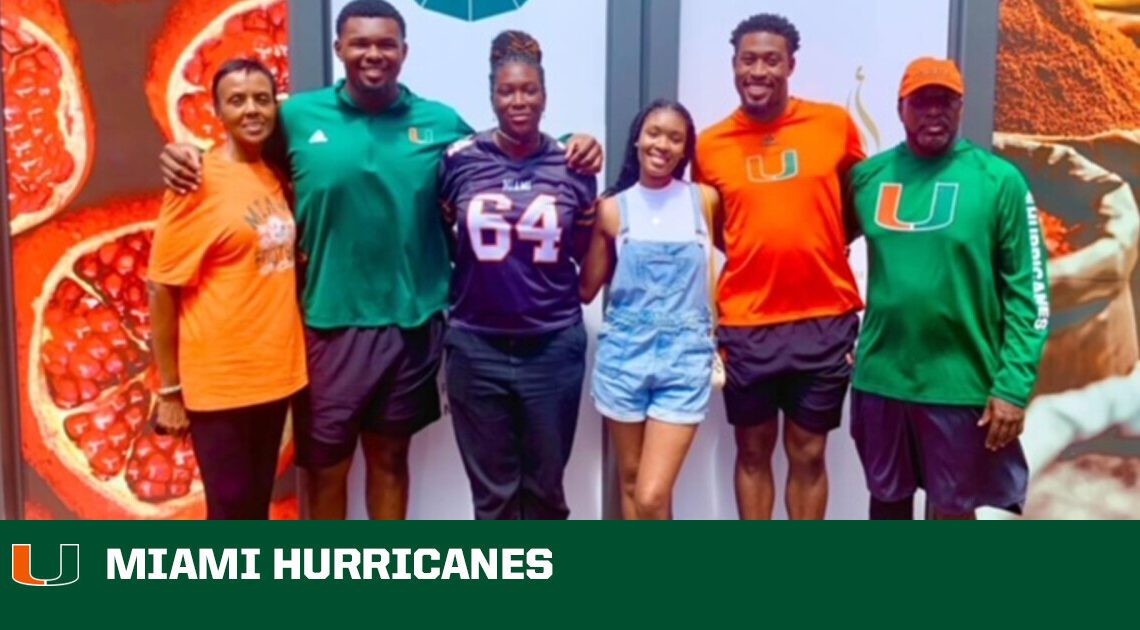 Still, the two of them made their way to Atlanta for Miami’s game against Georgia Tech, intent on supporting the Hurricanes and spending time with friends and fellow parents at the game.

Then, as they settled in at Bobby Dodd Stadium on a chilly November afternoon, they noticed a Miami fan wearing a shirt that bore their son’s name and jersey number. Around them, Miami fans asked if they recognized the man in the Jalen Rivers shirt.

They did not. Not initially, anyway.

Curious as to who the fan was and eager to thank him for his support, James Daniels introduced himself. Moments later, Donna Daniels – a retired Yeoman Senior Chief Petty Officer who’d served in the United States Navy for 26 years – was fighting back tears once the realization hit.

The man in the Jalen Rivers jersey was a sailor who’d served under her command.

“My husband went over there and he said, ‘I know your wife. She made me who I am today,” Donna Daniels recalled. “He was just there to show his support, even though he knew Jalen was hurt. It’s moments like those that make me realize I made the right decision to serve.”

For his part, Rivers is plenty proud of his mother’s decision to serve, too. He’s equally proud of James Daniels, his stepfather, who retired after 30 years of service in the Navy, and his father, Keith Rivers, a fellow Naval veteran.

Rivers says all three – and their service – have shaped him into the person he is today.

“I know a lot of veterans and people that are in service make a lot of sacrifices and these three people that are in my life made a lot of sacrifices,” said Rivers, a third-year redshirt freshman offensive lineman for the Hurricanes. “My mom, when it was just her for a little while, she had to make a lot of sacrifices and spend months away from me to do her job…And she had no setbacks. She was upset, but she kept pushing. That’s why I look up to her, to all three of them…They made me realize how much work goes into what they do and still making time for their families…They taught me discipline, hard work. I learned at a young age that to get what I want, I had to do the work, hard work…That will get you a long ways and I think that shows in my game and in how I am as a person.”