How to Watch/Listen: Patriots at Vikings 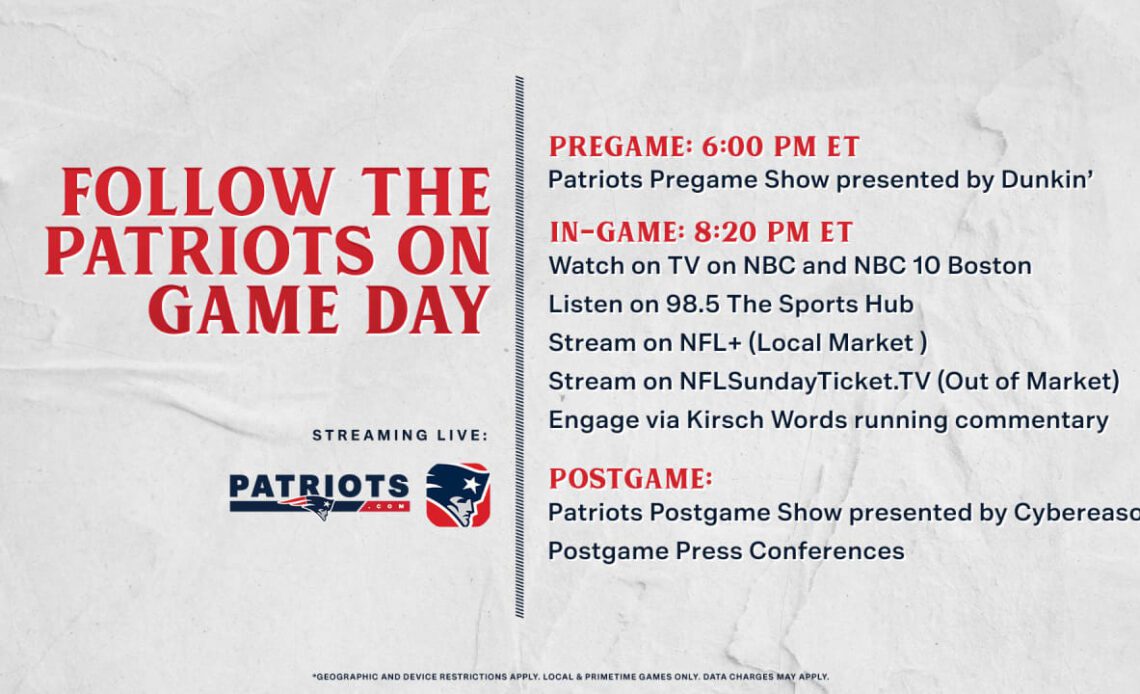 Dunkin’ Patriots Pregame Social: Join us on Thursday from 6 PM – 8 PM on the Patriots.com homepage for the Dunkin’ Pregame Social radio broadcast. Host Rob ‘Hardy’ Poole is joined by Patriots.com’s Paul Perillo and Mike Dussault to preview all the action and get the fans take heading into each game. The broadcast is also available on the official Patriots app for iOS and Android.

Patriots Postgame Show presented by Cybereason: Immediately after the game host Rob ‘Hardy’ Poole from 98.5 The Sports Hub returns with Patriots.com’s Paul Perillo and Mike Dussault to break down all the action. You’ll hear live press conferences, exclusive player interviews and more. on the Patriots Postgame Show exclusively on Patriots.com Radio and the official Patriots app for iOS and Android.

Kirsch Words In-Game Live Blog: Join us on the homepage of Patriots.com during the game as Patriots Editor-in-Chief Fred Kirsch offers his live commentary on all the action. Plus, get live stats, score updates, highlights and more.