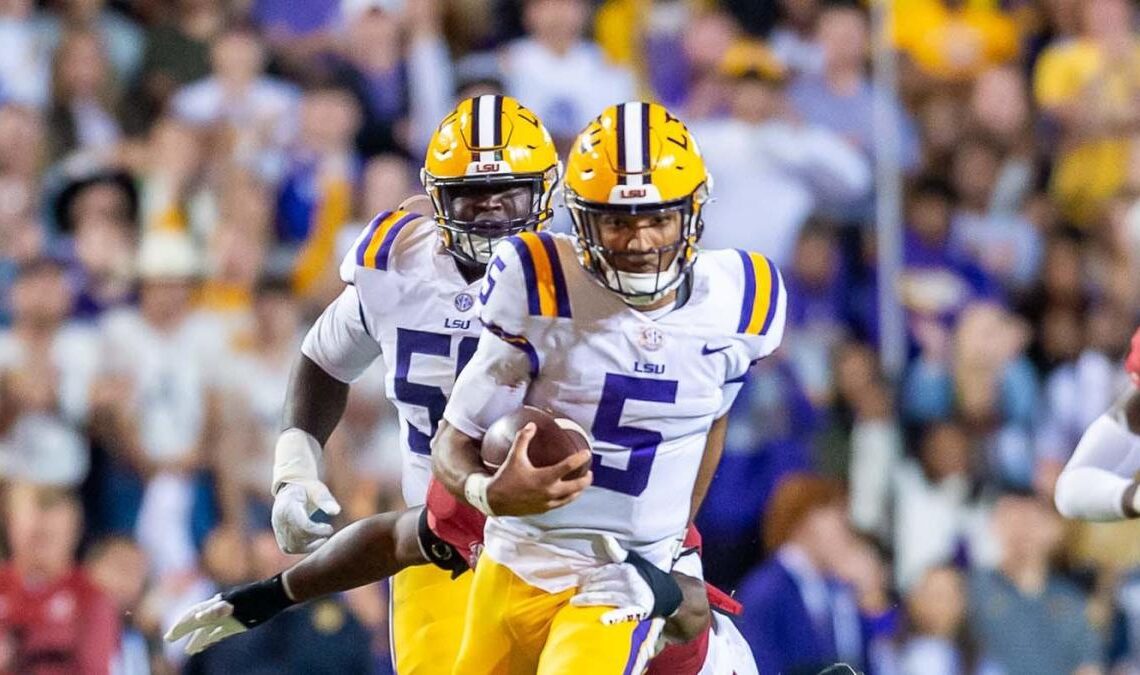 No. 6 LSU travels to close out its regular season against Texas A&M in a Saturday tilt. The Tigers hope to clinch a 10-win regular season in Brian Kelly’s first campaign, which would be the first since the 2019 national championship team and just the second since 2012. LSU crushed UAB 41-10 in Week 12 behind three rushing touchdowns from Noah Cain.

Texas A&M is having a season to forget in Jimbo Fisher’s fifth year in College Station. The Aggies are 4-7 and hold the worst record in the SEC despite ranking No. 4 in the 247Sports Talent Composite. The season marks the first missed bowl game for the Aggies in nearly 15 years. Last week, Texas A&M narrowly edged UMass — the last-ranked team in the CBS Sports 131 Rankings — 20-3. The 20 points tied Eastern Michigan for the least points scored against UMass by an FBS opponent, trailing UConn, New Mexico State and Temple. Still, the loss snapped a six-game losing streak.

LSU has dominated the rivalry between these two teams, winning the first six matchups after the Aggies joined the SEC. However, Texas A&M snapped the streak in 2018 with a historic 74-72 victory in seven overtimes and followed it up with a 20-7 victory in 2020. An interim-coached Tigers beat Texas A&M 27-24 behind three touchdown passes from quarterback Max Johnson — ironically, now an injured quarterback at Texas A&M.

Offensive facilitator: When quarterback Jayden Daniels took over at LSU to start the season, the Tigers primarily leaned on him as a game manager. But since a loss to Tennessee, Daniels has shouldered a far bigger load of the offense to great success. The junior has rushed for 337 yards and five touchdowns over the last four games, along with five passing scores. Perhaps Daniels’ best skill has been taking care of the ball; he has only thrown two interceptions. His ability keeps LSU on schedule.

Miserable season: Texas A&M is on the shortlist of the most disappointing teams in college football history after reeling in the No. 1 recruiting class of all time in February. The Aggies started the year No. 6 in the preseason AP Top 25, but have gone on to miss a bowl for the first time since 2008. Fisher’s squad posted Texas A&M’s worst losing streak since 1972 before snapping it by beating UMass, but the program will have to ask some very difficult, very expensive questions over the offseason.