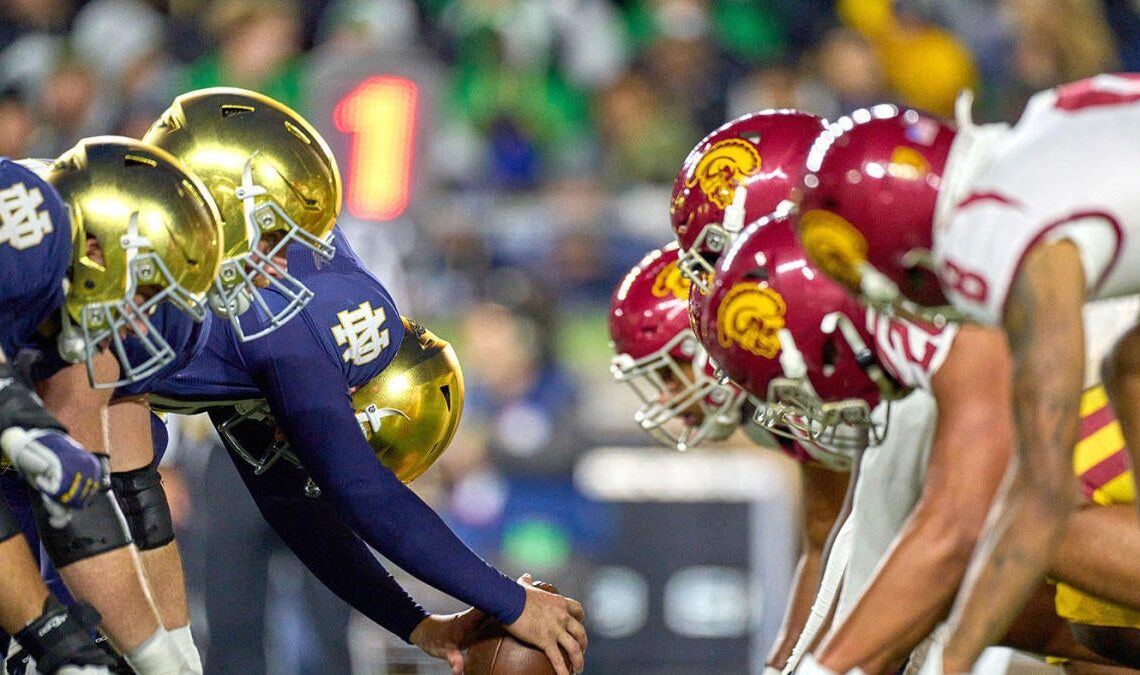 No. 6 USC and No. 15 Notre Dame claim to have the “greatest intersectional rivalry in college football,” and with national championship stakes back on the line in this year’s showdown, there’s an argument to be had that this series is among the most important in the sport’s history.

Set for its 93rd edition on Saturday night in The Coliseum, the USC-Notre Dame series dates back to 1926 and has only been paused twice — the first time being a three-year hiatus for World War II and one year off during the COVID-19 pandemic-affected 2020 season. Notre Dame holds a 50-37-5 edge in the all-time series, including a 7-3 advantage in the last 10 games.

But while history serves as a fitting backdrop for this series, there is also a theme of renewal as it will be the first time both Lincoln Riley and Marcus Freeman have taken part in this rivalry as head coaches of their respective programs. There’s also the issue of USC’s pursuit of a first-ever College Football Playoff appearance, Caleb Williams closing in on a potential Heisman Trophy and whether Notre Dame can win a sixth straight game to close the season strong and give itself a shot at crashing the New Year’s Six.

Caleb Williams building his Heisman Trophy campaign: After leading the Trojans to a win against UCLA and clinching USC’s place in the Pac-12 title game, Williams saw his Heisman odds improve to the point where the award is looking more like a two-horse race. Ohio State quarterback C.J. Stroud is still the betting favorite, according to Caesars Sportsbook, but the chances for him to be surpassed by Williams will be known by the time we have kickoff given Saturday’s game between Ohio State and Michigan will be final. Williams has 33 touchdowns to just three interceptions, adding 316 rushing yards and seven touchdowns on the season. That’s more total touchdowns (40) than Stroud, and a slightly better touchdown-to-interception rate. Now many voters want to see a “Heisman moment” at the end of the season, and while Stroud will have a massive opportunity to deliver on that early in the day, there’s also going to be a massive audience for this rivalry game which kicks off a huge primetime window on the East Coast.

Notre Dame thrives in November: This program has been elite when it comes time to close out the regular-season schedule, winning 19 games in a row in the month of November. The last…