Odell Beckham Jr. to visit Cowboys on Dec. 5, Giants to meet with WR sometime after Thanksgiving, per reports 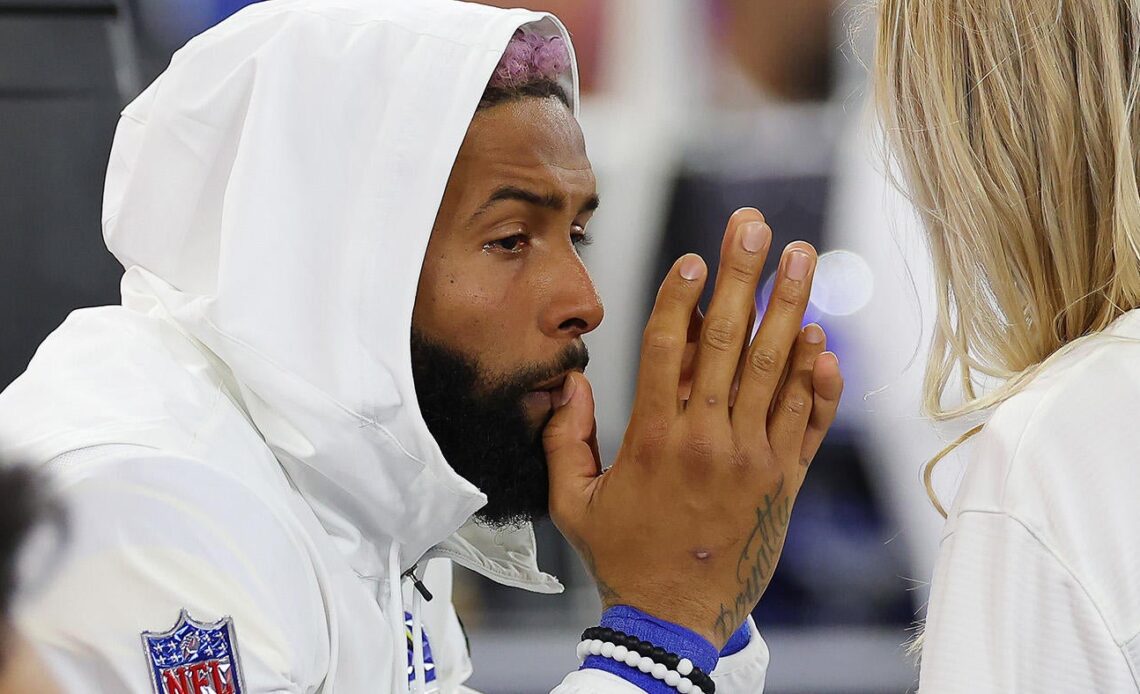 The New York Giants and Dallas Cowboys are facing off on Thanksgiving Day in a key NFC East showdown. After, they’ll be doing so again, off the field, as each is set to meet with star wide receiver Odell Beckham Jr., according to NFL Media.

Beckham will visit with the Cowboys on Monday, Dec. 5, according to Jay Glazer. As for the Giants, they still reportedly have yet to nail down a date. Per CBS Sports NFL Insider Josina Anderson, OBJ will also meet with the Buffalo Bills, while conversations with the Kansas City Chiefs and Baltimore Ravens continue to happen.

Beckham, 30, did pay a visit to the Giants’ facility early last month to check on former teammate Sterling Shepard after Shepard’s ACL tear, but did not meet with anyone in management. This time around, the visit is planned, and what seemed like an improbable reunion with the franchise that selected him 12th overall in the 2014 NFL Draft is now a possibility.

OBJ is in the final stages of recovery from knee surgery after re-tearing his left ACL in the Rams‘ Super Bowl LVI victory in February. He looks to be in great shape and seems ready to give a contending team a shot in the arm for the stretch run just as he did for Los Angeles last season when he was seemingly on his way to winning MVP in the Super Bowl before going down with the injury.

The Cowboys have made it clear they are interested in the wide receiver. Owner Jerry Jones loves collecting stars to wear the “star” on their helmet.

“He made the greatest catch I’ve seen, other than the one Dez (Bryant) made for the touchdown against Green Bay,” Jones said to 105.3 The Fan in Dallas, via Sports Illustrated last last month. “Bottom line is, Odell is a player that I admire a lot.”

Jones confirmed the report that Beckham and the Cowboys are planning to meet soon.

“That’s my understanding, too,” Jones said on 103.5 The Fan on Sunday, via The Athletic.

Playing for the Cowboys is always tempting, but to be given the chance to write a new ending to his career in New York has got to be tempting for Beckham, especially to play with good friend, Saquon Barkley, again.

Barkley was at Beckham’s 30th birthday earlier this month. The Giants star running back has a different way to lure his former teammate.

“I saw Micah (Parsons) tweet something at him. … Why wouldn’t you want him on your team,” Barkley said with a smile, via SNY TV….