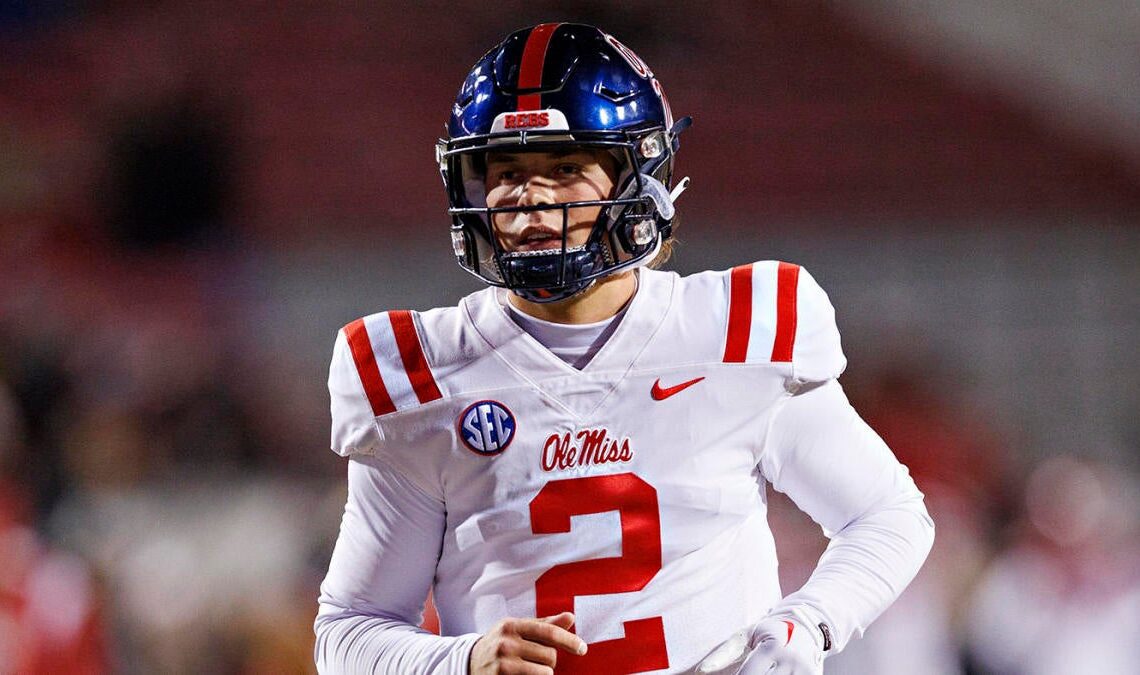 No. 20 Ole Miss plays host to Mississippi State on Thanksgiving night in the annual Egg Bowl between two hostile in-state rivals that seems to always produce excitement. The Rebels are coming off a very disappointing 42-27 loss at Arkansas in a game that put a huge dent in their quest to make a New Year’s Six bowl for the second straight season. The Bulldogs, meanwhile, cruised past East Tennessee State in 56-7 tuneup to get set for Thursday’s battle.

This is a game that once saw former Rebels receiver Elijah Moore pretend to pee like a dog with four seconds left which was flagged for unsportsmanlike conduct. The 15-yard penalty pushed the extra point back, Luke Logan missed and the Bulldogs held on to a 1-point win.

Will the Egg Bowl deliver the perfect Thanksgiving night dessert again? Let’s break down the game and make a pick straight up and against the spread.

How to watch Ole Miss vs. Mississippi State live

Will Rogers‘ big stage: Mississippi State quarterback Will Rogers leads the SEC in passing at 315.8 yards per game but is 13th among qualifying quarterbacks in yards per attempt (6.6). That’s common for signal-callers in a Mike Leach offense, which uses short passes as a substitute for an edge rushing attack. However, the Ole Miss pass defense has given up 7 or more yards per attempt in six of its last seven games. This is a perfect spot for Rogers to take advantage of a pass defense that is 90th in the country in pass defense on passes of 15 or more air yards (43.1%), and prove that he can be more than just a dink-and-dunk passer.

Will Ole Miss pound the rock? Ole Miss has lost three of its last four games, and in two of those (No. 5 LSU and No. 7 Alabama), it was held under 200 yards rushing. The other loss in that span was last week vs. Arkansas when the Rebels were put into a 42-6 hole despite putting up 463 rushing yards and a whopping 703 total yards. That was a whacky outlier whereas the losses to LSU and Alabama are more indicative of the blueprint to beat Ole Miss. The Bulldogs rushing defense has been all over the place. It only gave up 1.07 yards per carry to Alabama on Oct. 22 but gave up 5.57 to Auburn its next time out two weeks later. If Ole Miss…