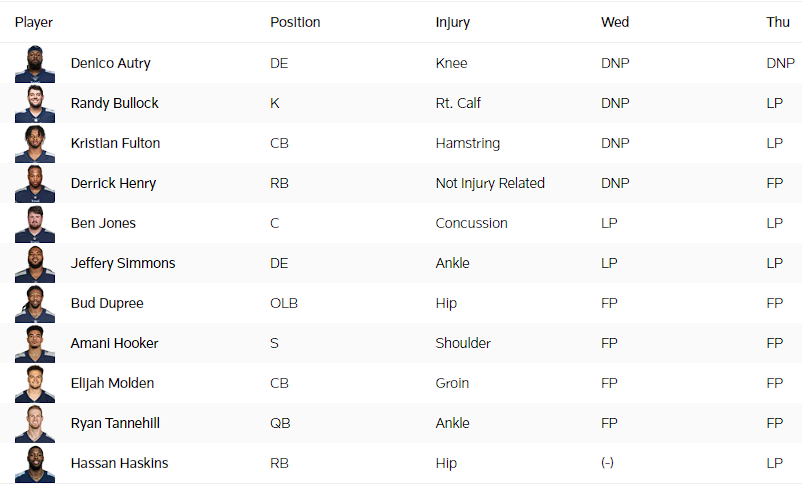 The Tennessee Titans and Cincinnati Bengals have released their second-to-last injury reports of the week ahead of their Week 12 matchup at Nissan Stadium in Nashville.

For the Titans, Thursday’s injury report is an estimate, as the team was given off for Thanksgiving.

The good but estimated news is that three of the four players who did not practice on Wednesday were upgraded to limited on Thursday, including Randy Bullock and Kristian Fulton.

Unfortunately, Denico Autry was the only one of the four who was listed as a did not participate for a second straight day, but the expectation is that Autry is likely to miss at least one game, so no big surprise there.

Now, a look at the full injury reports for both teams. 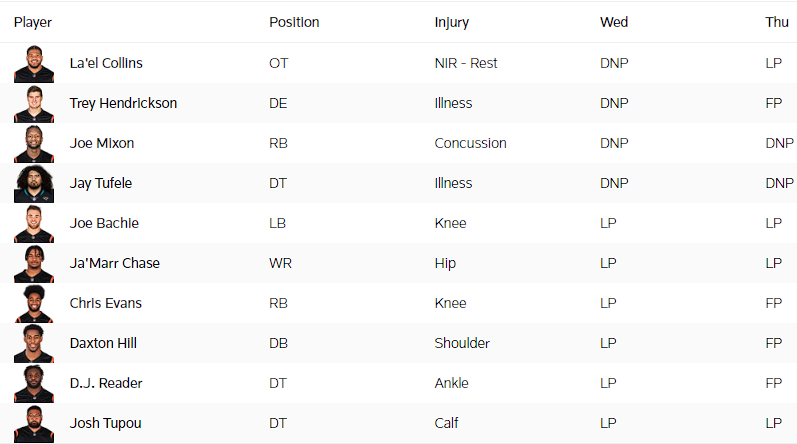