Thanksgiving 2022: One thing every NFL team can be thankful for this season 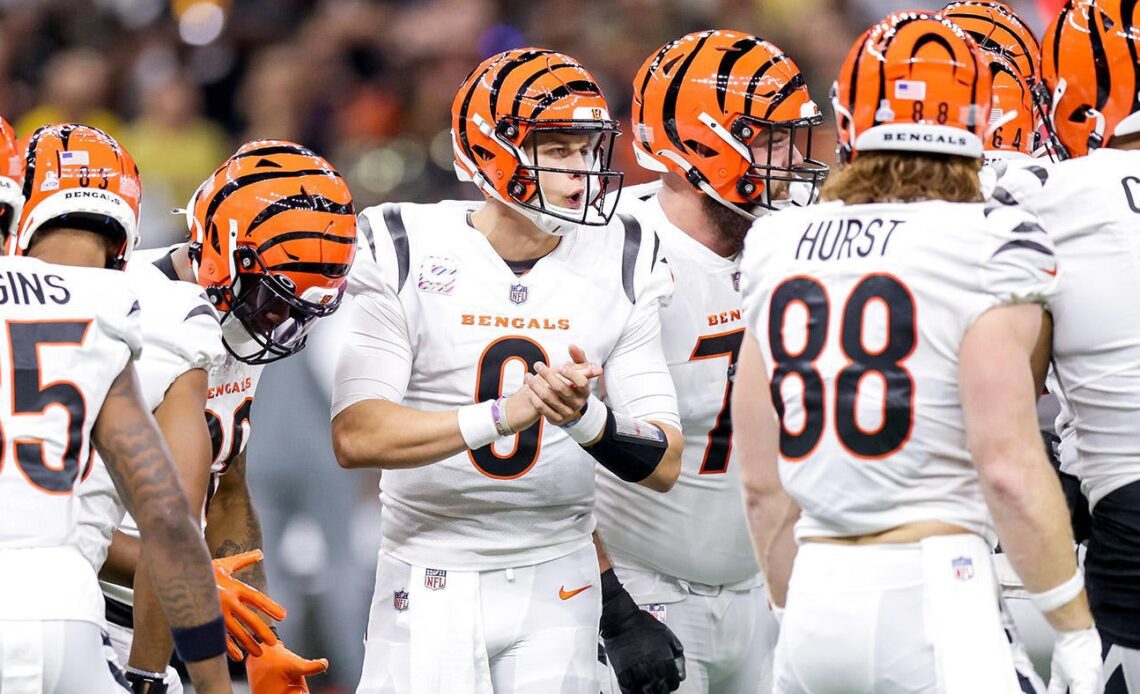 Thanksgiving is here, and every NFL team has reason to be grateful. Yes, that’s right, all 32 of them! Some are clearly better positioned for success than others. Some, in fact, may well see playoff hopes virtually dashed this holiday weekend. But this day is about appreciation, and if you look closely enough, there’s at least a morsel of promise in every NFL city.

Here’s one thing each team can be thankful for in 2022:

Greg Dortch looks like a real up-and-comer. On a team overstuffed with aging and oft-injured veterans, the 24-year-old former undrafted wide receiver has been a safe outlet when on the field.

Arthur Smith knows how to build a ground game. The Falcons are more competitive than they should be largely because everyone carrying the ball, from Cordarrelle Patterson to rookie Tyler Allgeier, finds open lanes in his system.

Lamar Jackson’s legs are in full form. A year after injuries plagued the star quarterback, his athleticism has single-handedly kept the Ravens’ offense afloat, pairing with a restocked defense to maintain playoff hopes.

Stefon Diggs has improved with age. Josh Allen’s presence as the guy delivering the ball is certainly atop the list of Buffalo blessings, but his No. 1 target remains one of the NFL‘s most reliable route-runners and physical players going on 30.

The front seven has a promising future. Their defense doesn’t technically register as a top unit, but a number of individual parts (i.e. Brian Burns, Derrick Brown, Frankie Luvu) have confirmed themselves as building blocks.

Justin Fields is definitely something. The second-year QB still needs time and more help to grow as a passer, but, boy, has he exploded as a playmaker on the ground. May team brass surround him with adequate weapons in 2023.

Joe Burrow is still that dude. No Ja’Marr Chase? No Joe Mixon? The Bengals can usually count on smooth sailing as long as their guy is under center; few QBs right now are throwing prettier touch passes at every level of the field.

Amari Cooper has been worth the gamble. Cleveland essentially only gave up a fifth-round pick for the ex-Cowboys WR, remember, and while the Browns have struggled overall, he’s produced against superior opponents, especially in the red zone.

Dak Prescott is hitting his stride at the right time. After a long layoff due to injury, the QB has settled in as a crackerjack distributor for Dallas’ speedy weapons. He’s…