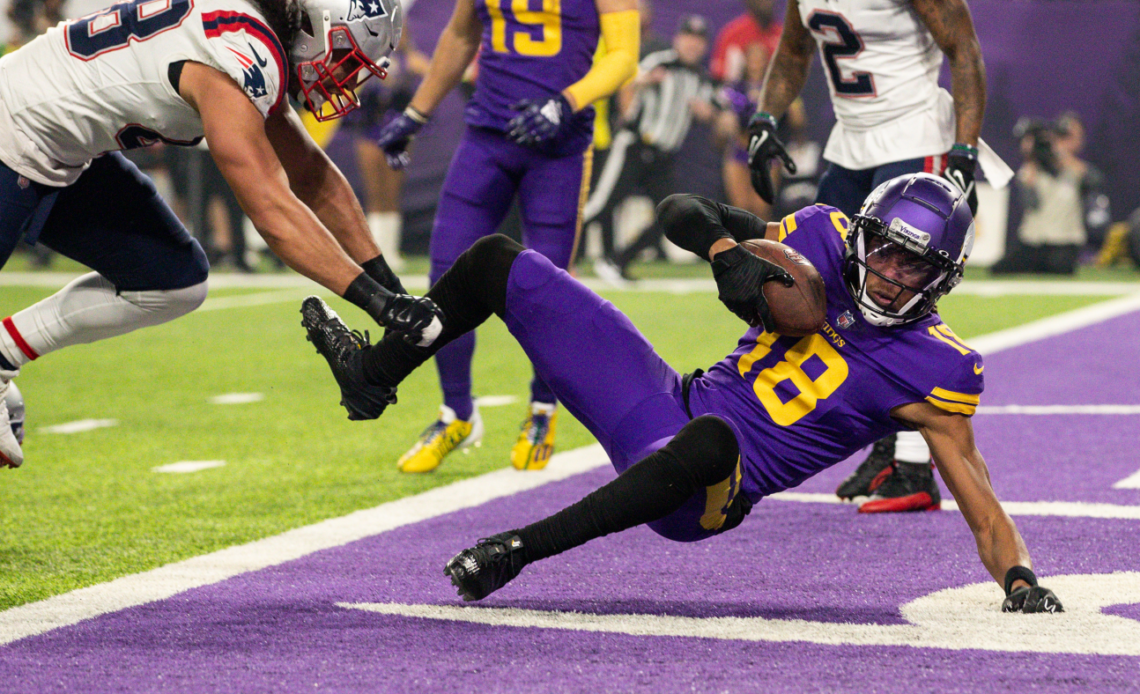 It’s fitting that Justin Jefferson broke one of Randy Moss’ records on Thanksgiving. A Hall of Fame receiver, Moss put on a clinic against the Cowboys on Thanksgiving Day that was part of his brilliant 1998 rookie season.

Jefferson entered Thursday’s game with 4,109 receiving yards, 54 yards short of Moss’ record of 4,163 yards. He passed Moss on a seven-yard grab with 9:44 left in the first half. The catch helped set up Greg Joseph’s game-tying field goal.

Jefferson, who caught a touchdown pass earlier in the half, needed just 43 games to set the record. Moss set the record after completing his third season with the Vikings.

The 23-year-old Jefferson’s career is eerily similar to Moss’ start with Minnesota. Like Moss, Jefferson is a former first-round pick who at age 20 was slightly younger than Moss was when both players were drafted by the Vikings. Both players took the NFL by storm as rookies. Moss caught an NFL rookie record 17 touchdowns while helping the Vikings go 15-1 during the regular season. Jefferson tallied 1,400 receiving yards as a rookie while breaking Moss’ franchise rookie receiving mark.

Both players backed up their brilliant rookie seasons with phenomenal sophomore campaigns. Moss earned Pro Bowl honors for a second straight year. Jefferson recorded the second-most single season receiving yards in franchise history (behind only Moss) while joining Moss, Cris Carter and teammate Adam Thielen as the only Vikings wideouts to catch 100 passes in a season.

Through 11 games, Jefferson is keeping pace with Moss in his third season. He entered Thursday’s game with 1,093 yards and four touchdowns on 72 receptions. In 2000, Moss caught 77 passes for 1,437 yards and a league-best 15 touchdowns.

The Vikings are also on pace to go further than Moss’ Vikings did that season. The Vikings advanced to the NFC Championship Game, where they were blown out by the Giants. Minnesota’s current team is hoping to punch the franchise’s first ticket to the Super Bowl since January of 1977.

Before Moss, Jerry Rice was the undisputed GOAT as far as receivers are concerned. Arguably the best wideout ever, Rice is the…