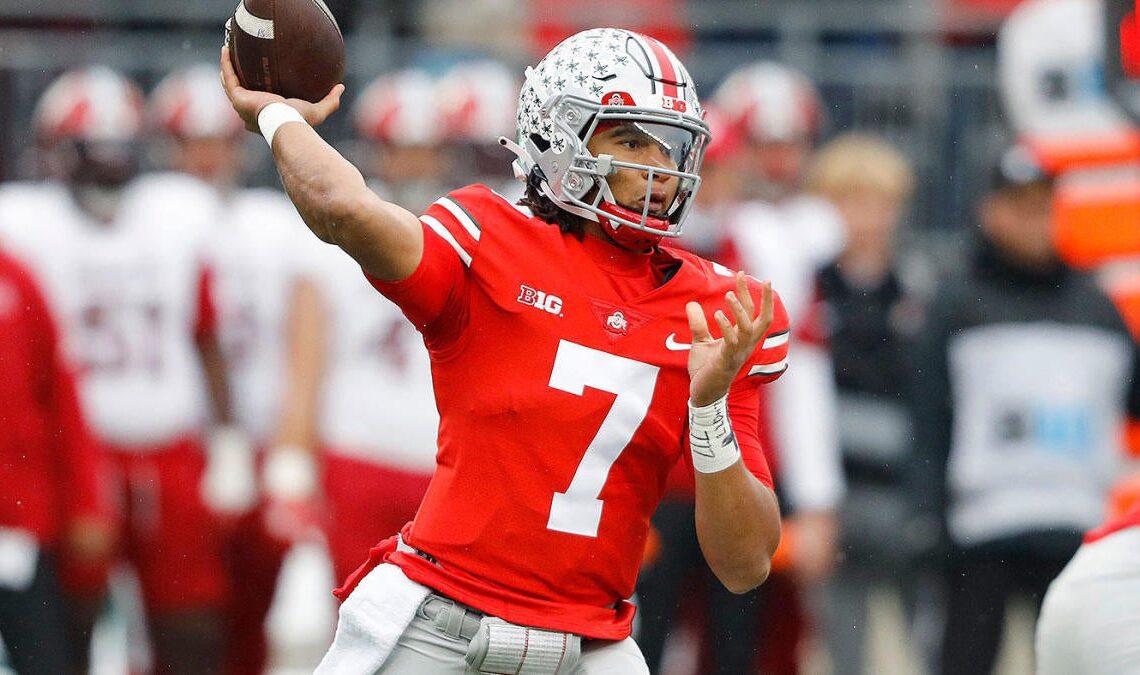 Lincoln Riley’s first season at USC has been nothing short of a success following the Trojans’ 4-8 2021 season. No. 6 USC still has a shot at sneaking into the College Football Playoff, but needs some help and a win against No. 15 Notre Dame on Saturday. The Fighting Irish have won five consecutive games, but are 5.5-point underdogs in the Week 13 college football odds listed on Caesars Sportsbook.

Sallee is a true insider — a CBS Sports analyst, SiriusXM host, Heisman voter and consistently one of the top CBS Sports experts picking games against the spread — and his best bets have helped bring in huge returns. He debuted with SportsLine in 2017 and has delivered in a big way on his college football picks.

Over the past three-plus years, he is 122-108 in his popular best bets column at SportsLine. Anybody who has been following him is way up overall.

Now, he has turned his attention to the Week 13 college football odds from Caesars and is sharing his top three best bets over at SportsLine. If you parlay them together, you could be looking at a return of around 6-1. Get his top college football picks now.

One of Sallee’s top Week 13 college football picks: Sallee is backing Ohio State (-7.5) to win The Game at home against Michigan on Saturday at noon ET. The Buckeyes haven’t lost to Michigan at home since 2000, but are just 1-2 against the spread at home versus Michigan in their last three meetings at Safelite Field. The most recent game between the two at the Horseshoe was in 2018, when the Buckeyes won and covered as 4.5-point favorites, 62-39.

Ohio State’s pass defense has been its calling card this season, and has only allowed 175.5 yards through the air per game this season. The Wolverines’ forte on offense has been its rushing attack, but it’s unclear if running back Blake Corum (knee) will be able to play. He ran for 108 yards and a touchdown…