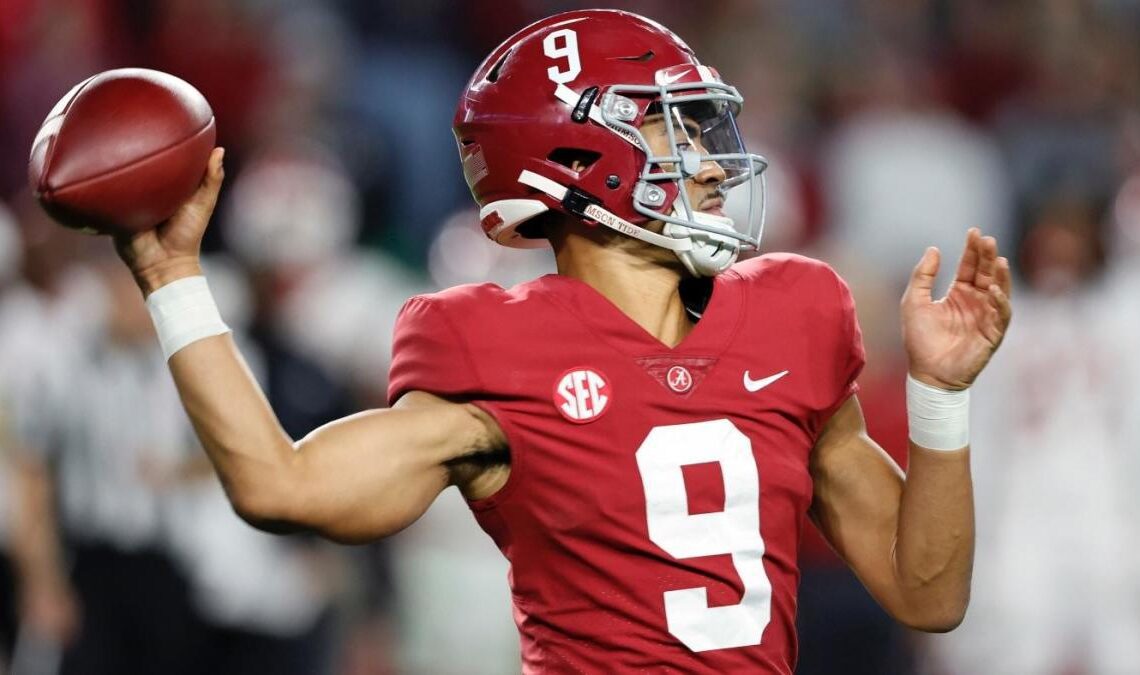 It might not have the typical stakes, but it’s still the latest edition of one of the biggest rivalries in sports when the Alabama Crimson Tide host the Auburn Tigers in Saturday’s 2022 Iron Bowl. No. 8 Alabama (9-2, 5-2 SEC) would need a ton of help to avoid missing the College Football Playoff for the second time in nine years, while Auburn (5-6, 2-5) needs to win Saturday to earn bowl eligibility. The Crimson Tide eased to a 34-0 victory against Austin Peay last Saturday, on the heels of four straight games against ranked teams. They lost two of those 00 52-49 to No. 6 Tennessee and 32-31 to 11th-ranked LSU in overtime. Auburn has won consecutive games under the direction of interim coach and former star running back Cadillac Williams, who took over after Bryan Harsin was fired following a loss to Arkansas on Oct. 29.

Kickoff is at 3:30 p.m. ET in Tuscaloosa. Caesars Sportsbook lists the Crimson Tide as 22-point home favorites, while the over/under, or total number of points Vegas thinks will be scored, is 49.5 in the latest Alabama vs. Auburn odds. Before making any Auburn vs. Alabama picks or bets, make sure you check out the college football predictions and betting advice from the SportsLine Projection Model.

Saturday’s game can be seen live on CBS and streamed live on Paramount+ with their must-have Premium plan.

Now, the model has locked in on Auburn vs. Alabama and just revealed its picks and CFB predictions. You can head to SportsLine now to see the model’s picks. Here are the CFB odds and betting lines for Alabama vs. Auburn: