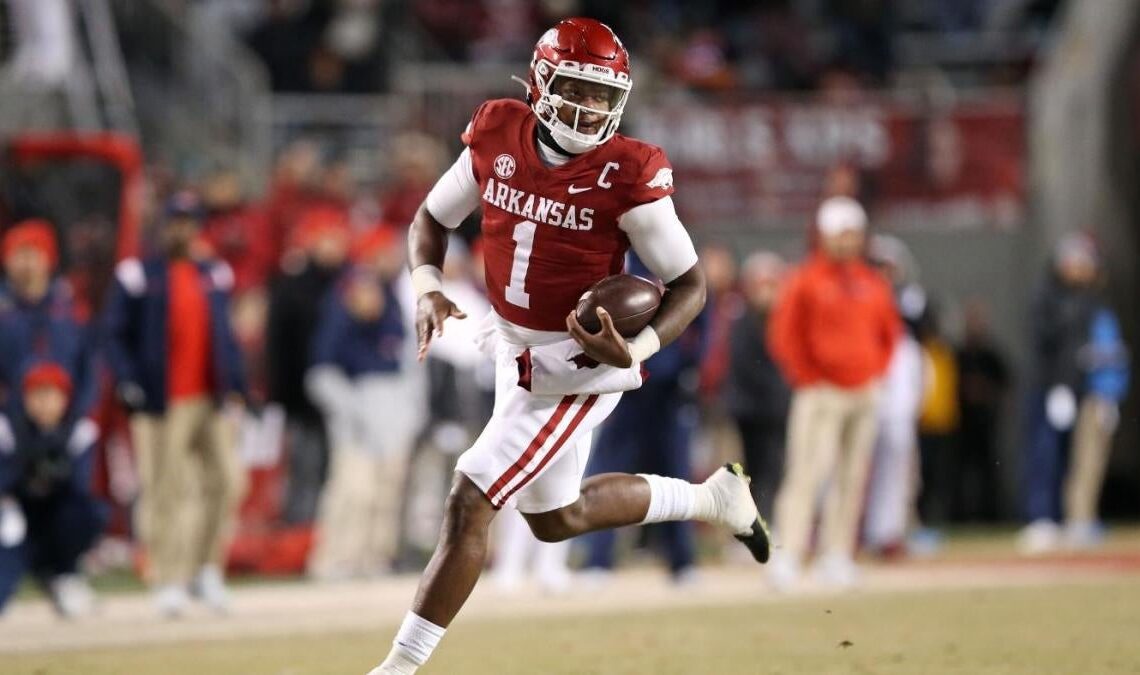 The Battle Line Rivalry trophy will be up for grabs when the Missouri Tigers and Arkansas Razorbacks collide in the teams’ regular season finale on Friday at Faurot Field in Columbia, Mo. The trophy, which is made of silver and stands more than four feet tall and weighs more than 180 pounds, depicts the outline of the two states with the border between the states either gold or cardinal, depending on which program holds the trophy. This season the Razorbacks (6-5, 3-4 in SEC) are tied for fourth in the SEC West, while the Tigers (5-6, 2-5) are tied for last in the SEC East.

Kickoff is 3:30 p.m. ET. The Razorbacks are 4-point favorites in the latest Arkansas vs. Missouri odds from Caesars Sportsbook, while the over/under for total points scored is 55.5. Before locking in any Missouri vs. Arkansas picks, you need to see the college football predictions and betting advice from the SportsLine Projection Model.

The SportsLine Projection Model simulates every FBS college football game 10,000 times. Over the past six-plus years, the proprietary computer model has generated a stunning profit of almost $3,000 for $100 players on its top-rated college football picks against the spread. Anyone who has followed the model has seen huge returns.

Now the model has dialed in on Arkansas vs. Missouri and just revealed its coveted picks and predictions. You can head to SportsLine now to see all of the model’s college football picks. Now, here are the college football odds and trends for Missouri vs. Arkansas: