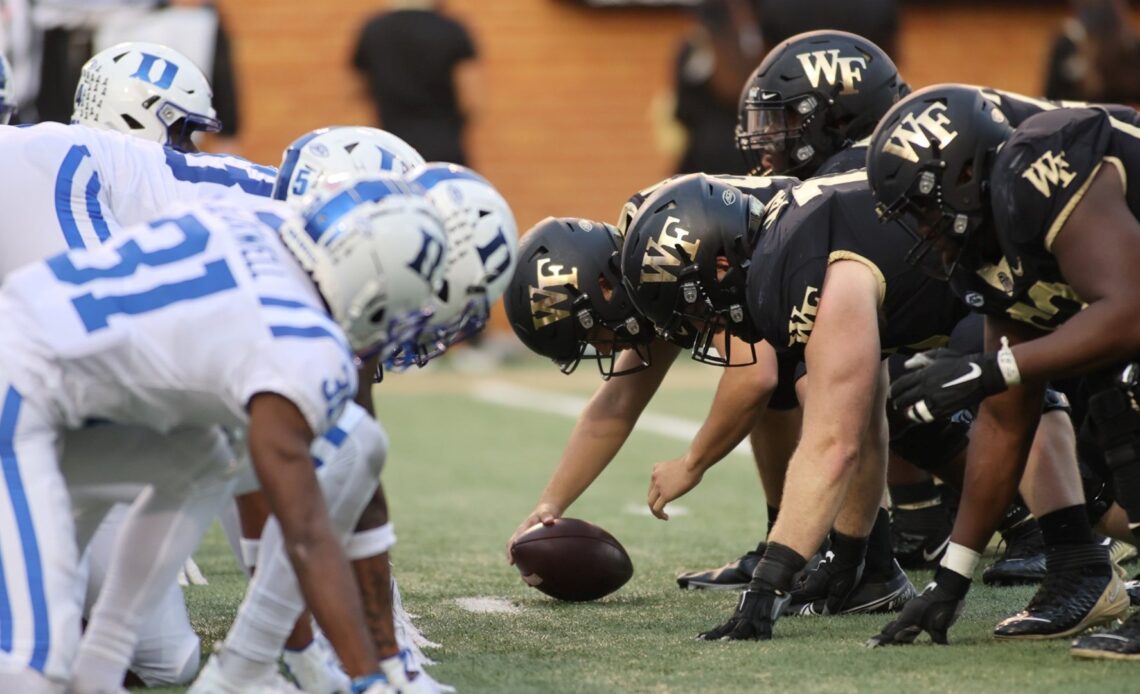 With Saturday’s win against Syracuse, Wake Forest has won seven games in a season for just the 18th time in the 115-year history of the program. With the guaranteed seven-win season, six of the 18 seven-win seasons have come in the Dave Clawson era (33.3 percent).

The regular season finale will mark the 102nd meeting between the two Big Four rivals in Wake Forest and Duke. The Demon Deacons hold a mark of 18-5 since 2000 while winning four of the last five.

Currently, Wake Forest is on a three-game win streak versus Duke and have outscored them by a 143-41 margin.

How to Watch Wake Forest-Duke:

The game can be seen live on television, online, and via mobile devices, and the audio broadcast is also available in multiple formats.

In addition to all the broadcast information, fans are encouraged to follow along during the game on social media.