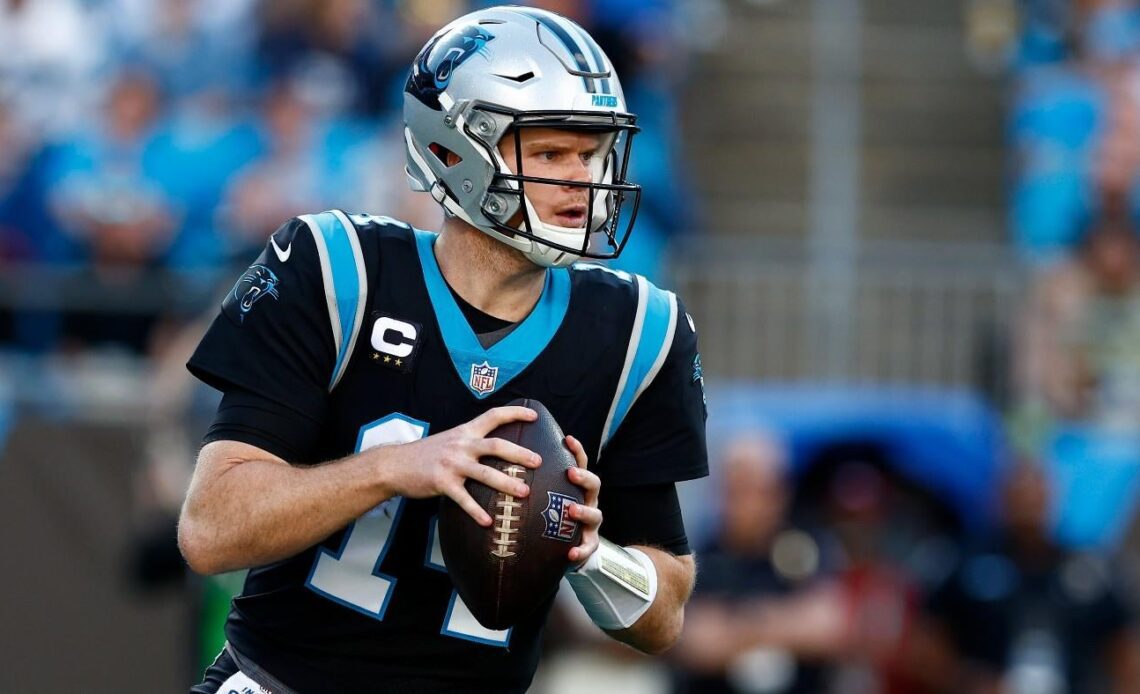 Thanksgiving offered three juicy matchups to kick off Week 12, but we’ve still got a lot of intriguing matchups on the docket for this weekend. The Jets are starting Mike White in place of Zach Wilson as they look to revitalize playoff hopes. The Falcons and Commanders are squaring off in a battle of wild-card candidates. And Aaron Rodgers is headed to Philly, desperate to keep the Packers alive while facing the 9-1 Eagles.

In anticipation of the rest of the Week 12 slate, here are five bold predictions for the games ahead:

Making his 2022 debut as Carolina’s third different starting quarterback in as many weeks, Darnold has a known chemistry with No. 1 wideout D.J. Moore, who’s endured cold stretches while fielding passes from Baker Mayfield and P.J. Walker. More importantly, D’Onta Foreman is due for a rebound against Denver’s vulnerable run defense; and the Broncos’ own offense, still slumping with Russell Wilson, could be in for a long day against a Carolina front boasting elite talent in Brian Burns and Derrick Brown.

Dalton has been red hot and ice cold in eight starts replacing Winston, but after folding against stingy fronts in Pittsburgh and Baltimore, he could be due for a turnover spree against DeMeco Ryans‘ high-flying unit, which just dominated the Cardinals in prime time. Desperate to remain in the NFC wild-card hunt, Dennis Allen may finally decide he needs the upside of Winston’s arm. A switch would make for even better Week 13 drama, by the way, with the Saints set to rematch Winston’s old friends in Tampa.

The rookie looked fluid eating into Leonard Fournette’s workload in Week 10, then had Week 11 to rest up while the latter continued to rehab a hip injury….