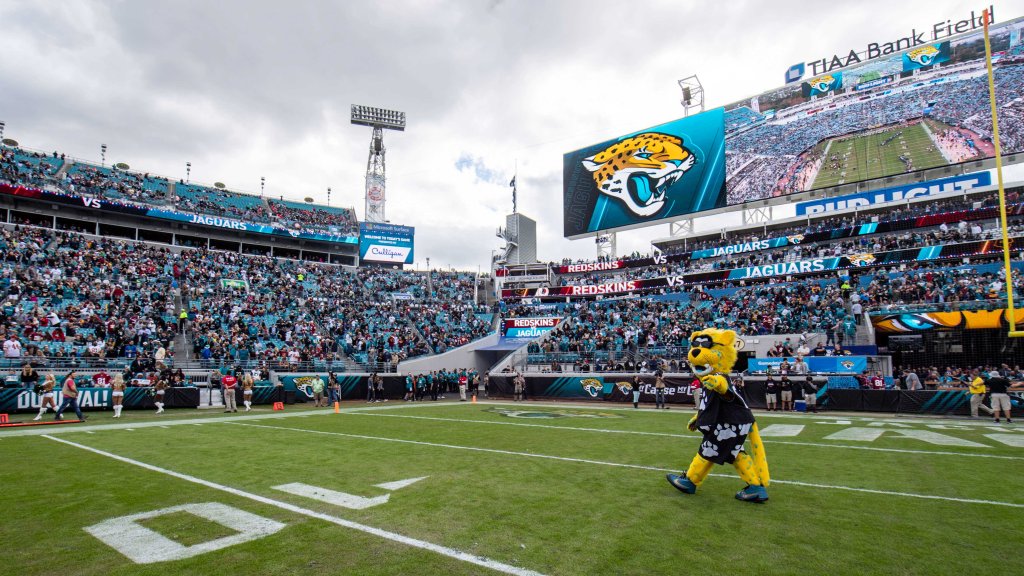 The Jacksonville Jaguars will wear black jerseys and teal pants Sunday against the Baltimore Ravens, a combination the team hasn’t worn since the 2020 season.

The team announced the combo Wednesday with an homage to comic books.

The last time the Jaguars wore black over teal was during a 27-3 loss at home against the Pittsburgh Steelers just over two years ago.

Last season, Jacksonville wore black jerseys just once and it was over black pants during a road game in London. This season, the Jaguars wore   black-on-black again for their trip overseas.

Also on Wednesday, the Ravens announced that they will wear white jerseys over purple pants Sunday at TIAA Bank Field.

The Jaguars and Ravens have met 22 times before with Jacksonville slightly ahead in the series, 12-10. The Jaguars won the first eight meetings between 1996 and 1999 when the two teams were members of the AFC Central. Baltimore then won six straight between 2000 and 2003.