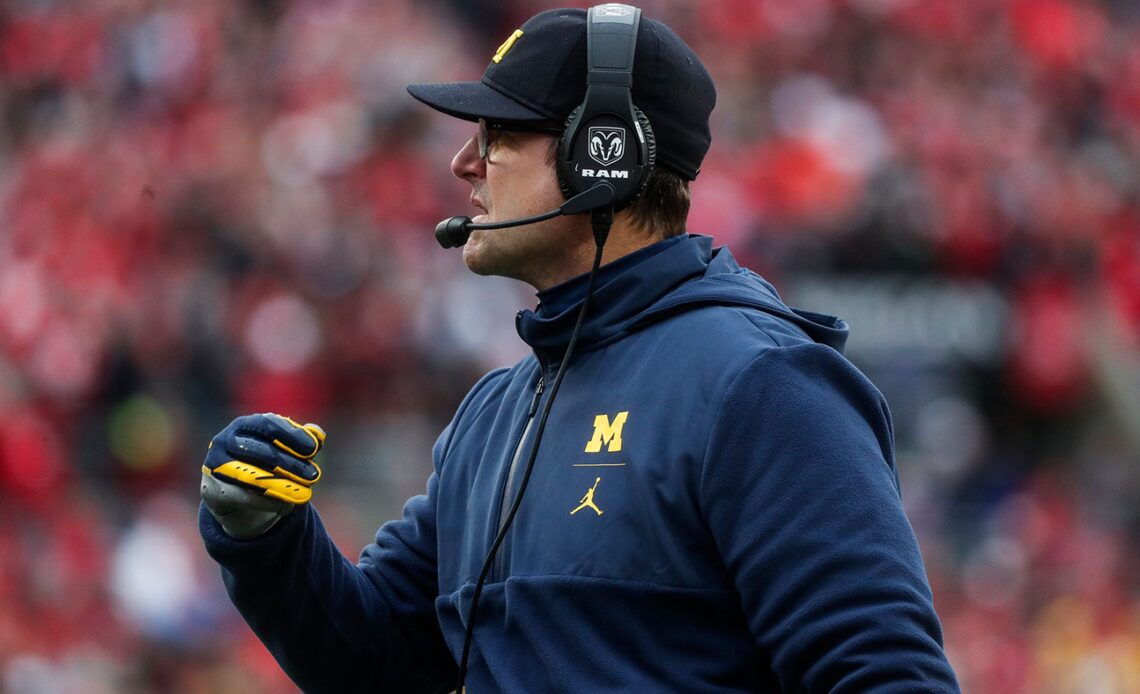 That was 16 years ago, the day after the former Michigan coach’s beloved mentor, Bo Schembechler, had died. That was also the day before the 2006 Michigan-Ohio State game at The Shoe. The winner would advance to the BCS Championship Game.

Ohio State won 42-39 in one of the most emotionally wrought games in rivalry history. And Lloyd Carr cried. It was about the loss on the field, but it was also about the human loss.

“From the moment we heard the news the game, I think, was the focus of our team,” Carr told CBS Sports.

Bo would have wanted it that way.

The 118th Michigan-Ohio State game is about to be played, and it seems right that we’re here again. For the first time since that ’06 meeting and fourth time ever, the Wolverines and Buckeyes both enter undefeated. For the second straight year, the winner advances to the Big Ten Championship Game and — pending an expected rolling of a substandard Big Ten West opponent — undeniably a spot in the College Football Playoff.

Perhaps no other rivalry wades so deep in the coaching DNA of its past. The Iron Bowl entered a different phase when Nick Saban arrived at Alabama to eventually battle — and mostly beat — a passel of different Auburn coaches. Oklahoma-Texas shares time with a state fair. Florida-Georgia is played in an NFL stadium.

We’re not here to rank the rivalries this Rivalry Week. That’s like having to pick your favorite child — not fair (and constantly changing). But there is something different, something desperate and lasting about Michigan-Ohio State that doesn’t let go.

Mostly because the programs don’t let go of their past. Both are influenced to this day by the patriarchs who made this series a rivalry: Schembechler and Woody Hayes. Bo coached under Woody at Ohio State before emerging as his chief coaching rival. The pair waged “The Ten Year War” from 1969-78 during which Schembechler elbowed in on Hayes’ Big Ten dominance.

Carr coached for 10 years under Schembechler. Jim Harbaugh played for Bo. As Michigan’s quarterback, Harbaugh was so infused with the gritty coach’s demeanor Harbaugh once guaranteed an Ohio State win and a Rose Bowl berth in 1986. Then he led a team that followed up and did it.

“Jim Harbaugh was destined to someday come back and coach at Michigan,” Carr said.

“You’re shaped by whatever happened in your past. We have scars,” Ohio State coach Ryan Day said…